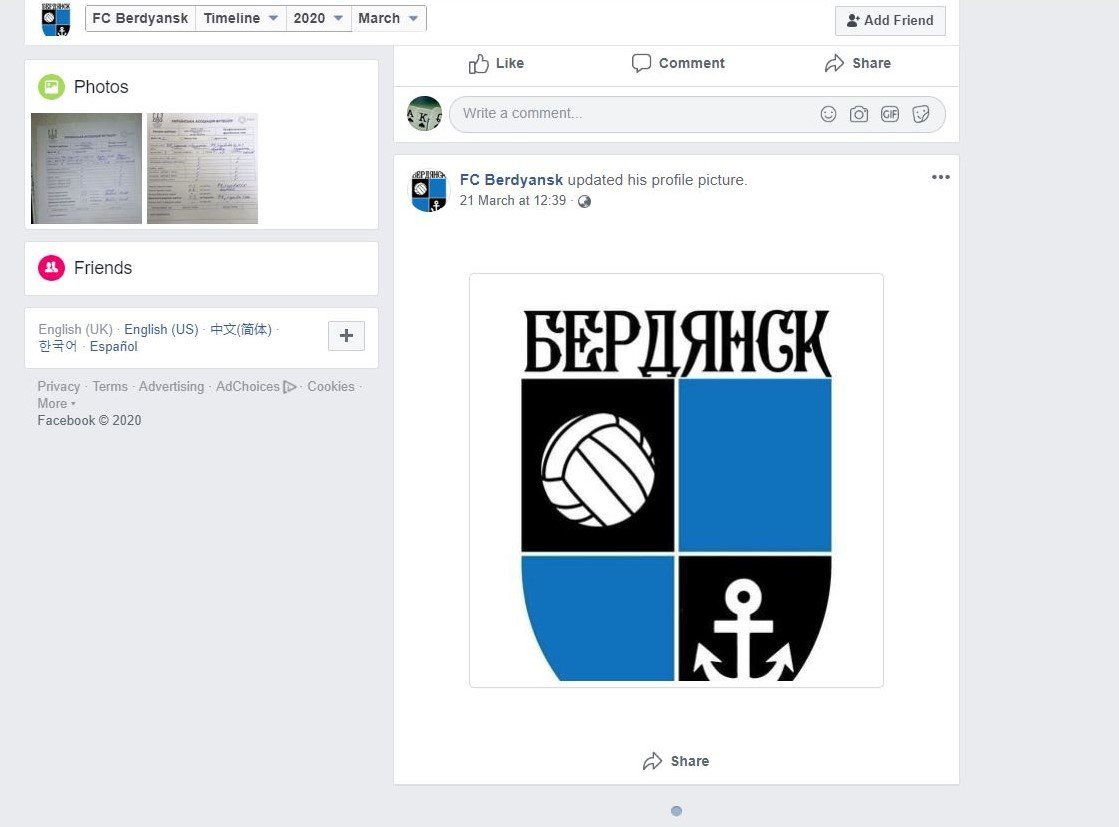 March 31 – The coronavirus lockdown has not stopped football-related betting fraud with the re-emergence last weekend of so-called ‘ghost’ games in Ukraine.

Ghost games are matches that never took place but are faked with data that is sold on to bookmakers who offer betting markets to their punters. Estimates put the volume of bets that were placed on these ‘games’ as potentially as high as £100,000. It is likely that bookmakers paid out winning bets to match-fixers before they realised the fraud.

The four matches offered last weekend by bookmakers worldwide were from a friendly tournament supposedly featuring four lower league Ukrainian clubs. The tournament PR seems to have first appeared on a Facebook page for FC Berdyansk on March 21 promoting a round-robin event called the ‘Azov Cup’.

The matches were offered to bookmakers as a data feed by Bet Genius who had presumably been informed of them by their local scouts – people who collect the live match data for the bookmakers’ fast feeds that are used make, open and close the betting markets.

Those scouts would have then supplied the match data, as though real and live, that bookmakers would have used to make their markets.

BetFred, BWin and 188bet, along with a number of other online bookmakers, all offered markets to their punters.

The schedule was for the fake tournament to hold another round of matches on March 27 and a final and third placed play-off on March 28, but having been discovered as a fraud the scam was halted and on March 29 the Facebook site was deleted. 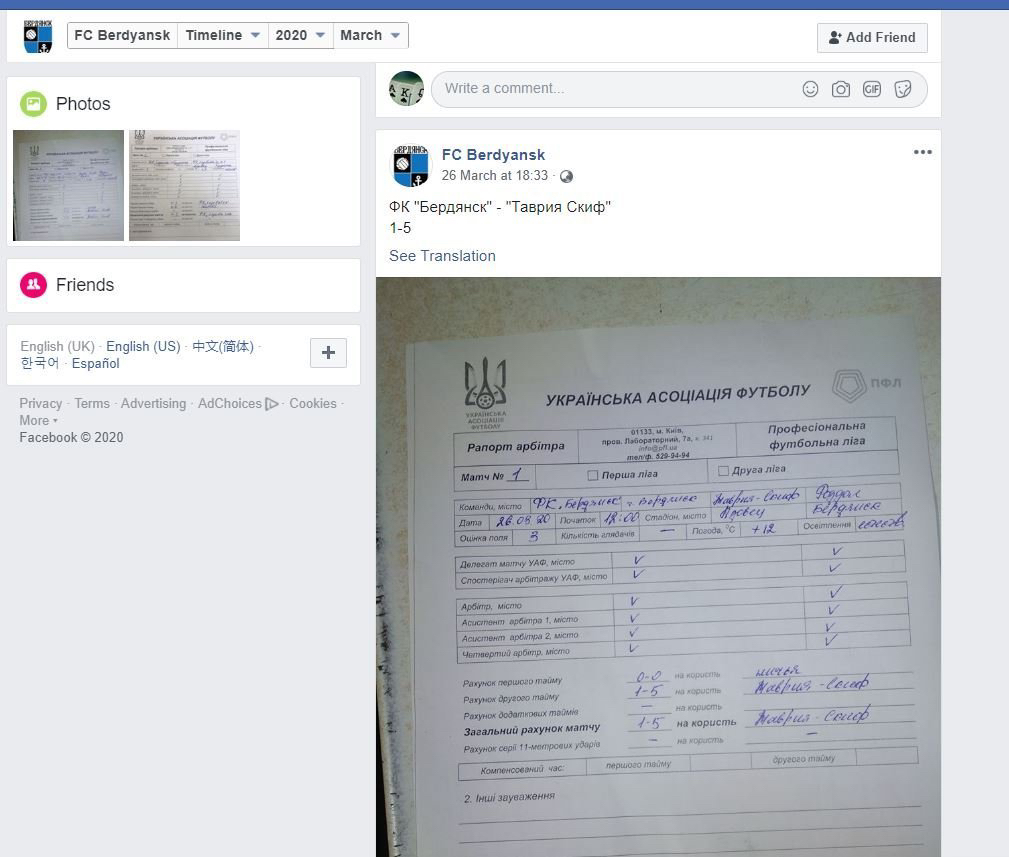 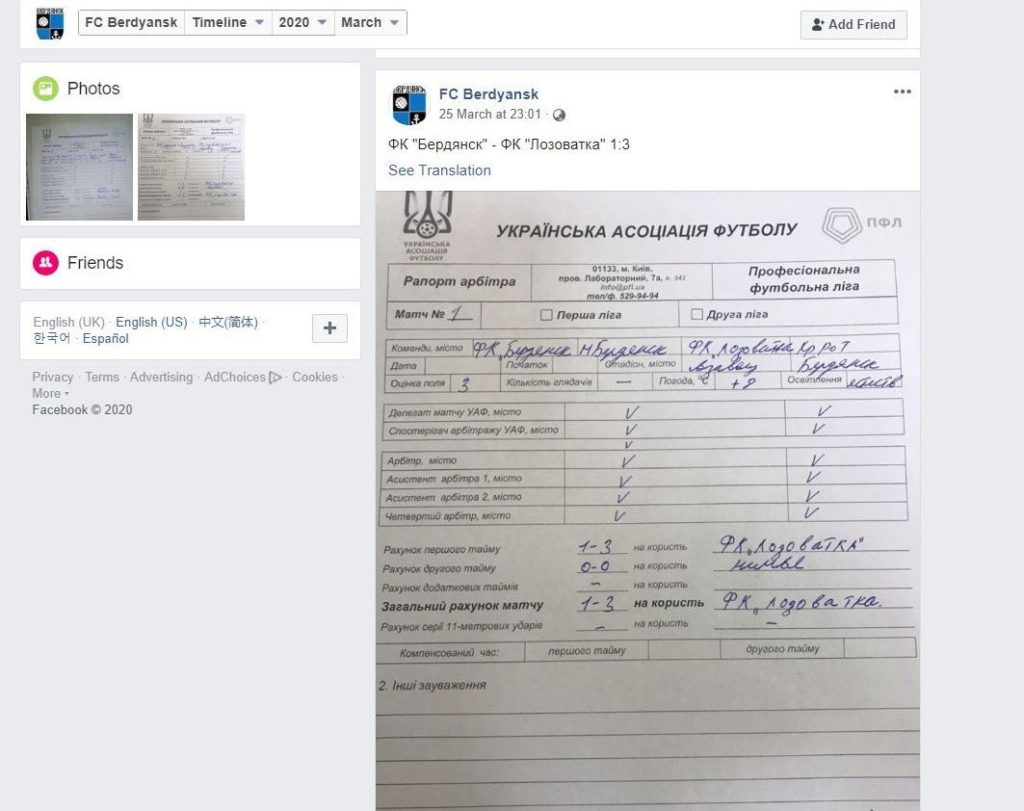 In a statement March 27 the Ukraine FA said the matches had not taken place and had been created by match-fixers to defraud the betting markets.

“We informed the clubs and regional associations of this situation and all confirmed that due to the state quarantine the teams do not participate in any sports activities and did not play the aforementioned matches.

“In this view, we kindly inform you that any matches that will appear on bookmakers within the next month are ghost and created by illegal activities of the scouts who are also involved in match-fixing process. We kindly ask you to refrain from offering any matches of Ukrainian football teams during the upcoming month which may be considered as participation in organization of match-fixing.”

Bet Genius, that supplied the bookmakers with the fake data via its scouts, issued an apology to its bookmaker customers. There is some dispute over whether some form of match actually did take place as Bet Genius say they did collect data from a game. While the clubs all deny a game taking place if data was collected, who was actually playing in the match is something of an unknown, except to the match-fixers.

The identities of the match-fixers is understood to be almost certainly Belorussian and Turkish.

The big issue for the betting and football business – which currently no-one seems to want to address – is where the responsibility for investigating and prosecuting the crime lies. Law enforcers reportedly have no appetite to investigate, bookmakers look prepared to take the hit, while football authorities appear to be taking that position that because no game physically took place it isn’t their problem.

For criminal gangs, match-fixing remains an almost perfect and investigation-free crime to commit.