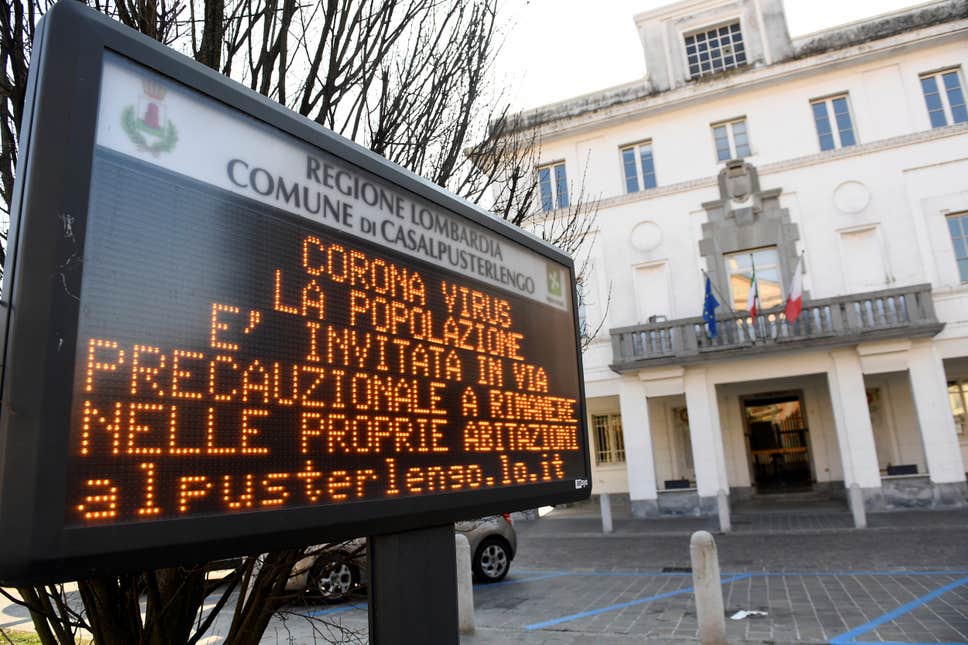 April 23- With governments across Europe implementing or considering a phased easing of strict lockdown measures, domestic leagues are cautiously coming up with different scenarios for season restarts, but those plans remain subject to the approval of health authorities.

On Tuesday, the Dutch government prohibited professional matches behind closed doors in the Netherlands, effectively ending the Erevidisie season, but other European leagues are keen on finishing, even if circumstances are beyond their own control.

In Italy, sports minister Vincenzo Spadafora warned  against too much optimism over a decision on whether Italian football clubs can return to training in the near future. Spadafora engaged in a long video conference call with the main stakeholders of the Italian game.

“I listened with great attention to the various positions that emerged and in the next few days, after a discussion with the Minister of Health and the Technical Scientific Committee, we will issue the updated provisions regarding the possibility and the procedures for a return to training,” said Spadafora.

Last month, football was suspended in Italy as the consequences of the outbreak of the coronavirus became ever more serious. The Champions League match Atlanta vs Valencia at Milan’s San Siro is believed to have accelerated the virus outbreak. The death toll in Italy has risen to 25,085, according to the latest data from the Johns Hopkins University.

“I can assure you that maintaining a profile of extreme prudence, as I am doing, is the most unpopular position imaginable,” wrote Spadafora later in a post on Facebook. “But we have the duty and responsibility to ensure that the whole country, obviously including the world of sport, can soon emerge from this health crisis.”

Italian clubs have been keen on a resumption to mitigate the financial impact of the shutdown. The 20 top flight clubs unanimously backed the idea of completing the league season. Tentative plans suggest training could be resumed at the start of May with matches being staged as early as the end of that same month. Italy’s government is planning to ease lockdown rules on May 4.

In Switzerland, the domestic league has submitted a detailed 36-page plan, drawn up in association with health experts from the University of Bern, to the government for a resumption of play in a bid to save the cash-strapped clubs. The plan considers various scenarios and includes training sessions in small groups without physical contact as early as April 27 when the Swiss government’s gradual loosening of the lockdown restrictions comes into force. Beauty salons and hairdressers will be allowed to open.

In a statement, the Swiss Football League (SFL) highlighted that a return to action, even behind closed doors, would have a positive impact on society and prevent a scenario of financial ruin for the clubs.

“With the resumption of play with ‘ghost games’ (matches without spectators), under scientific supervision and combined with a risk management concept, top football wants to send a signal that it is possible to return to something closer to normality as soon as possible,”  wrote the SFL in a statement.  “This seems to be the only viable way to save Swiss professional football in its current form while at the same time complying with the important requirements for the protection of players and the population.”

The Swiss envisage to finish the season by August 2, which would allow enough time to complete the 13 match days in the domestic league and the remaining cup fixtures.

Neighbours Germany want to finish the season by the end of June. In Germany, the DFL has also drawn up a plan that sets out how the Bundesliga will resume play in May, potentially becoming the first major European league to do so. Clubs have begun training, adhering to strict social distancing restrictions.

But the organisation and its clubs will still require the blessing from the federal government and the local states for football to resume. Complications, however, lie further ahead as Germany slowly eases containment restrictions. Large public events are banned in the country until August 31, but ghost games – games behind closed doors – would be allowed.

The DFL has calculated that more than 20,000 tests would be required for the season to be completed. Germany has so far registered 150,000 cases of coronavirus and more than 5,000 deaths, according to data from the Johns Hopkins University. Scientists at the Robert Koch Institute believe it is inappropriate for football to return at this time. German police has also pointed out the danger of fans congregating outside stadiums on match days.

In Spain LaLiga plans to begin testing players for the virus on April 28.