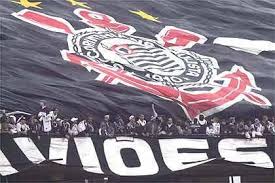 May 5 – Brazilian giants Corinthians registered a record loss of €29.4 million last season, aggravating the financial crisis at the club.

It is the third consecutive time that the Sao Paulo-based club has had a deficit at the end of the season. In 2017, the club ended the book year with a negative of €5.8 million followed by another loss of €2.8 million in 2018. In a statement the club said that the finances are “under analysis”.

In 2019, the club spent €81.75 million and generated revenue of €67.2 million, the lion’s share of the income coming from broadcast rights. The turnover of Corinthians, widely regarded as the second biggest club in Brazil, is well behind champions Flamengo and local rivals Palmeiras.

As a consequence of the coronavirus crisis and the shutdown on the Brazilian game, Corinthians recently announced that salaries of club employees would be reduced by 70%. Players’ pay will also be cut by 25%. Last month, the electricity was also cut temporarily at one of the club’s offices.

Corinthians have long struggled to make their stadium, the Arena Corinthians, built for the 2014 World Cup, profitable and come up with a long term payment plan.