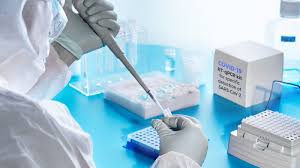 May 13 – No tackling, disinfected pitches, daily tests. The health protocol for English Premier League players preparing for a phased return to training has been revealed.

But will it work and is it safe? Not everyone is happy – from players to the Mayor of London.

Under the plans, circulated to players ahead of several meetings with key stakeholders starting today and for the rest of  his week, there will be stringent risk assessment with all players tested for the virus in the 48 hours before they intend to train and having to take a daily temperature check

Anyone testing positive or displaying symptoms will be required to isolate for seven days and then be re-tested. If they are showing symptoms but have returned a negative test, again they will have to stay away from the training ground for seven days.

Players who provide a negative test and are showing no symptoms will still be submitted to a daily temperature check before they’re even allowed into training according to the measures leaked to various media outlets.

Changing will not be allowed, nor will food be provided before or after any session. All players will be encouraged to wear a mask or a snood.

These are only a few of the strict recommendations, a totally alien concept to what players are used to in an effort to get fixtures up and running again in mid-June, pending Covid-19 figures not escalating in the days and weeks ahead.

Premier League chief executive Richard Masters does not envisage full squads having to self-isolate if there is a situation like at Dynamo Dresden last week. Two players at the German second division side tested positive, forcing the entire squad and coaching staff to self-quarantine for a fortnight, meaning their opening game this weekend, when Germany’s season resumes behind closed doors, was postponed.

“If a player tests positive,” Masters said, “providing he has been socially distanced in the protocols, he would be isolated for a period but there would be no need for the rest of the group to be.”

Under further stringent rules, players are told they cannot share transport with anyone to and from the training ground.

Many players, especially those from black and minority ethnic backgrounds who have been more susceptible to catching the virus, have real concerns about returning to playing.

Danny Rose, on loan at Newcastle, says  ‘Project Restart’ should not even be discussed with over 32,000 corona-related deaths recorded in the country and news yesterday that the real figure is likely more than 50,000.

“Football shouldn’t even be spoken about until the numbers have dropped massively,” said Rose. “People’s lives are at risk.”

He was supported by England forward Raheem Sterling who commented: “The moment we do go back it just needs to be a moment where it’s not just for footballing reasons; it’s safe for not just us footballers but the whole medical staff, referees.”

London Mayor Sadiq Khan has also come out against the idea of playing matches in the capital at this stage, with the city having been particularly badly hit by the pandemic. Five of the 20 Premier League sides are based in London.

“With the country still in the grips of this crisis, and hundreds of people dying every day, he believes that it is too early to be discussing the resumption of the Premier League and top-flight sport in the capital,” Khan’s spokesperson told the Evening Standard newspaper on his behalf.