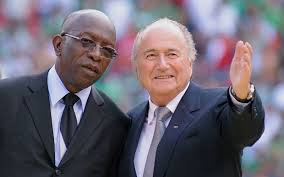 June 15 – Swiss prosecutors have reportedly launched yet another criminal investigation against former FIFA president Sepp Blatter, this time for suspected mismanagement of $1 million.

Blatter is reported to have been notified by Swiss federal prosecutors that he is an “accused person” over an interest-free loan FIFA gave in 2010 to the Trinidad and Tobago Football Association (TTFA).

In April, Blatter, still under a six-year global ban from football despite always protesting his innocence, learned that the Swiss attorney general’s office was closing an investigation into his alleged deal with the Caribbean Football Union (CFU), then under control of  the infamous  Jack Warner, to sell World Cup broadcasting rights on the cheap.

Swiss prosecutors had investigated Blatter for signing a contract with the CFU that was unfavourable to FIFA. The contract granted television rights for the 2010 and 2014 World Cups to the CFU for $600,000 dollars, an amount deemed to be way below market price.

Blatter hailed the dropping of the charges as a partial success in his bid to clear name but now has another fight on his hands, again involving Warner who headed the TTFA at the time of the loan. The new investigation document is apparently dated May 13, 2020, a few weeks after the criminal proceedings against Blatter over the alleged CFU broadcast deal was closed.

Swiss and international agency reports suggest Blatter, who is now 84 and has persistently managed to dodge being found guilty of any wrongdoing despite years of scandals linked to FIFA, could this time be brought to trial in his home country.

The latest development apparently came to light as part of the ongoing case against Warner, FIFA’s former vice president who is fighting extradition to the United States for his role in the FIFA-Gate scandal that included an alleged $10 million bribe in exchange for him supporting South Africa’s 2010 World Cup bid. Warner, the most wanted man in the entire probe, is serving a lifetime ban from football on corruption charges and remains in his homeland battling extradition.

Two other prominent former FIFA powerbrokers – Jérôme Valcke who was secretary general and ex-finance director Markus Kattner – are apparently also named as accused persons in the new documentation. The Swiss federal prosecution office said in a statement that both of them have the presumption of innocence.

Kattner was sacked in 2016 in highly controversial circumstances by the then new administration of Gianni Infantino while Valcke was fired for the second time earlier the same year and is currently serving a 10-year ban.