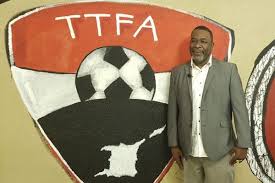 The fate of Trinidad and Tobago’s 2020 World Cup qualifying campaign currently looks to be lieing in the hands of a Port of Spain High Court judge rather than at the feet of a team on the pitch.

Yesterday Judge Carol Gobin conducted a four-hour virtual hearing that will decide whether a case brought by the former Trinidad and Tobago FA board saw them illegally removed from office by a FIFA Normalisation committee.

FIFA argue that the complaint should be either dismissed or referred back to the Court of Arbitration for Sport (CAS).

In essence it is a pretty clear case of who has jurisdiction over football on the islands. The one thing that former president William Wallace (pictured) and his former vice-presidents Clynt Taylor, Susan Joseph-Warrick and Sam Phillip – all replaced by the Normalisation Committee – can guarantee is that FIFA will not back down. One wonders if they fully understand this and what will happen should they win their case.

Well, it isn’t difficult to work out. FIFA would likely suspend the TTFA, and that would mean no team in 2022 World Cup qualification that starts in three months. After all, if you refuse to recognise the governing body’s role of governing the game, how can you expect to play in its competition? Would they respect those rules even? As one person put it, at this rate Trinidad will be playing Tobago…

FIFA removed Wallace and his crew – and it extends beyond the named parties in the court case – following real concern about the financial management of what was already a financially beleaguered TTFA. After three months Wallace had no believable plan, no bank account (the court froze it), and no money. Staff were unpaid, few teams were playing, and one of his first acts had been to close the only asset the TTFA had, the newly opened House of Football.

More importantly, Wallace had no relationship with the governing body nor seemed to make any attempt to create one. The view of Wallace and his people seemed to be that the FIFA grants were handouts that came with no strings attached and were their birthright. Wallace had fastracked the TTFA into financial oblivion.

What Wallace did have was a series of highly dubious and in some cases fabricated sponsorship promises that propelled his team and their buddies through the election and to power. He also had the prospect of a cut of a land development deal around the Arima Velodrome – property developer or football federation? The Arima questions remain unanswered but point towards the type of personal enrichment scam that Trinidad knows only too well (Football’s Most Wanted, former Concacaf president Jack Warner, still owns the FIFA financed Concacaf Centre of Excellence complex – allegedly a gift to Warner).

All these issues have been covered in Insideworldfootball in recent months – neither Wallace nor his cohorts have responded to questions or answered them adequately in their preferred and unequivocably supportive local media. It is a sad – some might say dishonest – indictment of both. Dishonest is a word that has been used to describe Insideworldfootball when it broke many of these stories, but really, who is the dishonest media here? The Wallace contracts have been there to see, from forged letters of support, to dodgy kit deals,  to dubious and untransparent contracts for land development. Wallace, his TTFA board and his national team coach Terry Fenwick had become a gift that keep on giving for media.

And then there is always the spectre of Warner in a country whose judicial system has steadfastedly protected him from extradition to the US to face multiple corruption charges from bribery to embezzlement to money laundering. One wonders if it is that example that motivated Wallace’s team. After all, Warner got away with filching millions upon millions and members of Wallace’s team and backroom string pullers like Keith Look Loy are closely linked to Warner.

The one thing about Warner that does give him credit was that he genuinely loved football and wanted his islands to do well. However, it does bring to mind the judge’s comment in the Harry Rednapp case when he learned that he had a dog with a £250K Monaco bank account. He said (paraphrased): “You say you loved your dog Mr Rednapp. I would love my dog too if it had a bank account in Monaco.” Jack appears to have accounts all over the Caribbean and perhaps it will take his removal from the Caribbean for football associations like the TTFA to understand that the football world has changed since 2015.

Wallace and co’s legacy for football in Trinidad and Tobago could turn out to be no football. But for them, was it ever really about football? Who knows, they never answer the big questions.