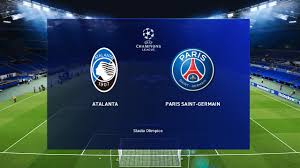 August 12 – Serie A’s Atalanta, who face PSG in the quarter finals of the Champions League tonight, have unveiled Intesa Sanpaolo as a club sponsor and banking partner who lead on the financing of a €40 million stadium redevelopment.

Intesa Sanpaolo, together with the Istituto per il Credito Sportivo, will provide the loan for the renovation of the Gewiss Stadium in Bergamo, and which will have its main grandstand named RINASCIMENTO (“Renaissance”) to recognise the programme launched by Intesa Sanpaolo and the City of Bergamo to deal with the Covid-19 emergency in Italy’s hardest hit region.

“Establishing a partnership with the largest Italian banking group, which is also one of the largest in the Eurozone, can only make us proud,” said Luca Percassi, Chief Executive Officer Atalanta and a member of the family that owns the club. “Such an important agreement, at such a difficult time as the one we are experiencing at a global level, confirms and strengthens our Club’s determination to continue growing.”

The stadium will expand to 24,000 seats in a modern stadium environment including an underground car park with 285 spaces and local urbanisation works. Construction is expected to finish by the end of 2021.

“We are extremely proud to announce this agreement today and thus make a real contribution to a project that will also allow Atalanta Calcio and the city of Bergamo to play and win in a more functional, larger, state-of-the-art, stadium that will be proudly showcased across Europe,” said  Gaetano Miccichè, chief executive officer and general manager of UBI Banca.

“This partnership aims to provide tangible evidence of the commitment that the new organisation which is emerging from the integration of Intesa Sanpaolo and UBI Banca for the areas in which they operate, which considers the support it provides to businesses, families, employees and shareholders to be one of the strengths of our banking Group”.

No figure was given for the sponsorship of the club which includes its youth teams.