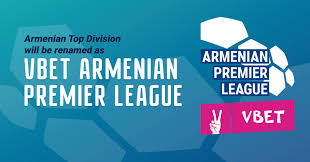 August 17 – Armenian football, which has been so plagued by match-fixing that it abandoned its second tier league, has announced a new sponsorship deal with online bookmaker brand VBET, owned by BetConstruct.

Under the agreement with the Football Federation of Armenia (FFA), the leagues will be rebranded as the VBET Armenia Premier League and VBET Armenian Cup respectively.

The three-year deal is the largest sponsorship on Armenian football history.

In July football authorities in Armenia  suspended their entire second tier and handed out 45 lifetime bans after one of the biggest match-fixing episodes of recent years in Europe. At the same time UEFA had requested that bookmakers suspend all betting markets on the Armenian game.

The Armenian Football Federation (FFA) also disqualified five teams after receiving “undeniable evidence” of their involvement. Club owners, players and coaches are all among those kicked out for their role in manipulation of matches, with local media reporting that many of them had Russian passports. Ukrainian, Latvian and Belarusian footballers were also among those banned.

Now Melikbekyan is saying: “We are thrilled to continue our collaboration with VBET. The positive experience we had last season convinced us to sign a new, revised contract. We are sure that cooperation will have a big contribution to the development of Armenian club football.”

The presence of match-fixers and threat to the integrity of the game does not seem to concern the VBET.

The bookmkaer’s founder, Vigen Badalyan, said: “We all want to see the rise of Armenian football. The development of the Armenian top division is visible, and we wanted to have an impact on it.

“We are sure that our collaboration with FFA will help VBET Armenian Premier League to grow even more and will open new opportunities to our teams.”