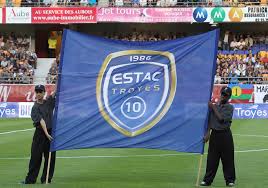 CFG acquired the shares held by previous owner Daniel Masoni. French businessman Maxime Ray has also acquired a minority stake and will take a seat on the club’s board.

ESTAC, based in Troyes, become the 10th club in the CFG portfolio and their first in France. No value was given for the deal but it looks likely to have been around €10 million. Initially CFG had been in talks with AS Nancy in a deal reported to be worth €14 million. CFG switched attention to ESTAC who were valued at a more modest €7-10 million.

Ferran Soriano, Chief Executive of City Football Group, said: “We have had an interest in French football for some time and have long admired ESTAC, so we are delighted to have completed the acquisition of our tenth club and have a permanent presence in France. This is a milestone for City Football Group and demonstrates how our model continues to adapt and grow in a relatively short space of time.”

As well as Manchester City, Troyes will be joining New York City in the US, Melbourne City FC in Australia, Yokohama F. Marinos in Japan, Montevideo City Torque in Uruguay, Girona FC in Spain, Sichuan Jiuniu FC in China, Mumbai City FC in India and Lommel SK in Belgium as part of the CFG club group.