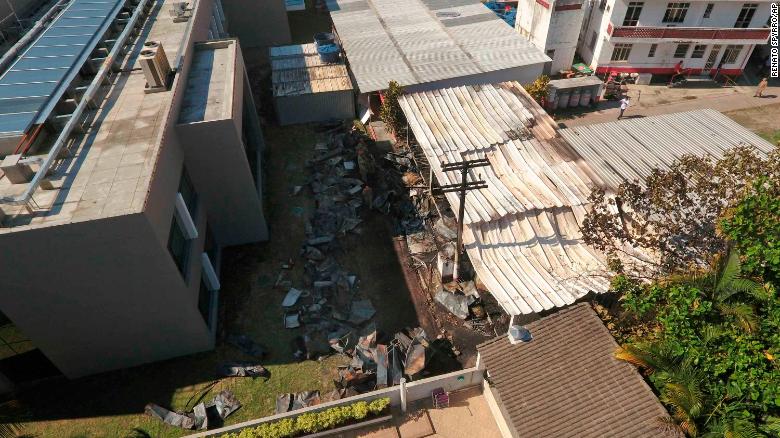 September 10 – Flamengo must bear responsibility for the fire that killed ten youth players at their training complex last year, according to Rio de Janeiro’s public prosecutor following the emergence of a series of damning e-mails that showed the club were aware of the safety issues.

In a statement, Rio de Janeiro’s public prosecutor said: “The emails show that the representatives of Flamengo (especially the manager and director responsible for the administration of the training complex) have been aware, since May 2018, of the deficiencies in the electrical installations of the youth accommodation, and the manager said that the installations were made ‘in a do-it-any-way’ manner.

“The emails also prove that they knew about the risk to the life of the teenagers that were sleeping there, and did nothing to prevent the deaths of 10 young people, and the injuries to so many others. These documents are indisputable proof of the club’s responsibility, and will be attached to the class action. The Public Prosecutor’s Office will continue to seek full reparation for the damage caused by the tragedy at the Ninho do Urubu.”

The emails between former club employees, first published by Brazilian media outlet UOL, revealed that Flamengo’s administration had knowledge of a series of high-risk irregularities at the youth players’ dorm in 2018, well before the tragic fire in February 2019.

Ten youth players died in the fire that preceded a bumper season for Flamengo last year, winning both the Brazilian league and the Copa Libertadores. The sporting success allowed the club’s board to sweep the tragedy under the carpet and agree deals with the families of the victims, well before any responsibility had been established.

So far, the Rio club has reached an agreement with seven of the ten families of the victims. Lawyers for those families that have not settled for compensation said they will await news from the inquiry before taking action in court.

“It only corroborates the knowledge of the old management, about the irregularities, in not complying with the interdict of complex, but still, it does not exempt the irresponsibility of the current management, which was made aware of the irregularities through the innumerable subpoenas of city hall. Taking into account that the new board was elected for a January 2019/2021 term, while the accident occurred on February 8, 2019, there is no doubt that there is complicity or collusion with the old management, in not facilitating the ban of the facilities at the Ninho do Urubu, ” said Marcio Costa, lawyer for the family of the late Christian Esmério.