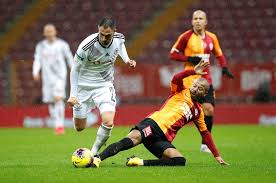 October 12 – From October 17, some Turkish football fans will be allowed to attend domestic football matches again, the Turkish Football Federation (TFF) has announced.

“The Turkish Football Federation Executive Board, after an evaluation made in consultation with the relevant institutions, has decided to have spectators up to 50% of the stadiums in league and cup competitions provided that all health measures determined by the protocol of the TFF Health Board are applied,” the TFF said in a written statement. The 50% applies to sky boxes.

The decision covers all matches in the Süper Lig, TFF First League, the second and third division and the Turkish Cup as well, starting October 17. The TFF will announce further details in due course.

In March, Turkish football went into lockdown because of the coronavirus pandemic and fans were banned at the restart in June. Both the 2019/2020 league and cup were completed behind closed doors as İstanbul Başakşehir won a first-ever domestic crown.

Last month, the new league season got under way, behind closed doors as well. Following the TFF’s announcement empty stands in Turkey should soon be a thing of the past. After four match days Alanyaspor top the table on 10 points.