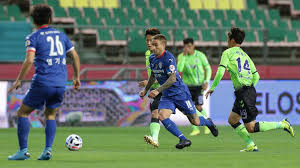 October 13 – South Korea, the first major football country to return to top tier league action in May after the global football shutdown in March, has now announced a limited reopening of stadia to fans.

From Friday, the K League is easing restrictions with up to 25% of stadium capacities being opened up to fans.

Earlier this week the Korea Republic government downgraded the country’s social distancing status and allowed a crowd of 2,000 fans was allowed to watch Korea Republic’s senior national team win 3-0 against their U-23 team.

This is the second time the K League has attempted to bring fans back into stadia, having had a limited stadia reopening in August that was quickly shut down following a spike in coronavirus in the country.

Fans will only be able to purchase tickets online and allowed to sit in designated seats. Strict social distancing will be enforced while there will be other virus prevention measures including no alcohol or food, mandatory mask wearing and temperatures taken on arrival.

The K League has produced a Covid-19 prevention manual for fans with rules that include the prohibition of chanting and singing.

Gangwon FC’s home game against Incheon United will be the first game to benefit from the 25% capacity ruling.

“The K League, along with each individual club, is committed to its common goal of operating a safe league and will continue to implement thorough quarantine rules in accordance with the manual,” the organisation said in a statement on its official website.