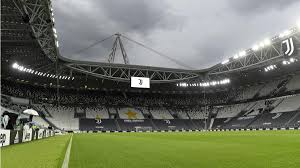 October 15 – Napoli have been handed a 3-0 defeat by Italian football authorities and docked one point for not showing up for their high-profile Serie A match at Juventus because of Covid-19 positive cases.

Local health authorities blocked the visitors from travelling to the match, one of the biggest in European domestic league football, due to two positive Covid-19 cases among the playing squad.

Juventus duly arrived at the Allianz Stadium in Turin an hour before the game but there was no sign of the visitors who tried unsuccessfully to get the fixture, which was officially called off 45 minutes after the scheduled kick-off time, to be postponed.

Despite being aware their opponents would not be participating, Juventus reportedly acted as though they were preparing for the game to go ahead.

A judge from Serie A has now ruled that “force majeure” did not exist in the case which saw Napoli drop to eighth in the table.

“In the opinion of this sports judge, the case of force majeure is not proven,” a statement read.

It was suggested that Napoli had already decided in the days leading up to the game that they would not be heading to Turin.

But in a short statement that hinted at frustration and anger, Napoli, whose squad was placed in isolation  following the  positive tests,  said they would appeal, if necessary to the Court of Arbitration for Sport and then to CONI, the highest Italian sports authority.

“Napoli has always respected the rules and the law,” the  statement said. “It awaits with faith the success of the appeal, firmly believing in justice.”