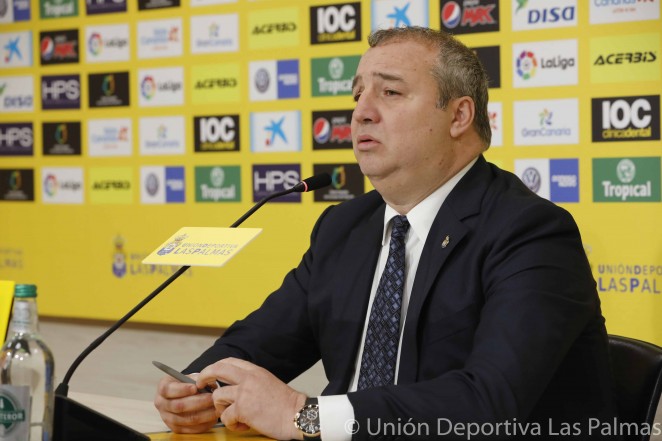 October 20 – Spanish prosecutors have requested a jail sentence of 21 and a half years and a €105 million fine for the president of tier two Las Palmas, Miguel Ángel Ramírez.

Through his old firm, Seguridad Integral Canaria, Ramírez allegedly committed five crimes against the Treasury and nine against Social Security, according to the State Attorney.

In a statement last month, Ramírez rejected the accusations and disassociated himself from the case. But according to Spanish press reports his alleged ruse was to camouflage bonuses and overtime of his 7,000-strong staff.