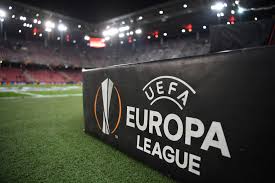 October 21 – Dutch club AZ Alkmaar have been hit by no fewer than 13 positive Covid-19 cases but their Europa League clash with Napoli on Thursday is still going ahead despite the number of infections.

“AZ has carefully followed the applicable procedures in recent months. The majority of the positively tested players show no ill effects,” the club said.

“The match against Napoli will go ahead, according to UEFA, unless the local authorities prohibit it. AZ will travel to Italy with a 17-strong selection on Wednesday.”

Last Friday, four players had tested positive but AZ’s Dutch league game against VVV Venlo went ahead at the weekend.

AZ had already confirmed that eight players would be unavailable for the trip to Napoli and on Tuesday afternoon it was announced that a further five in their squad had been diagnosed with the virus.

As long as a club has 13 fit players games can still proceed, though local authorities in Italy could still intervene and prevent the match from going ahead.