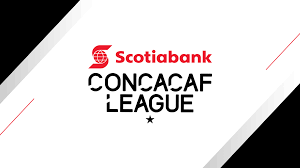 October 30 – Concacaf has formatted the final rounds of its second club competition, the 2020 Scotiabank Concacaf League (SCL), to ensure there is enough calendar space to complete the competition.

Matches in the quarter finals, semis and the final will now be played as single leg ties, rather than the previous two-leg format. The highest ranked club based on the Concacaf Club Rankings will host the single leg games.

The competition resumed last week with Preliminary Round matches involving clubs from Central America and Canada. Concacaf had already taken the decision to turn these games into single leg ties.

However, even a reformatted structure could not escape the destructive effects of the Covid pandemic. The cionfederation had to postpone one of the first matches after four players and four staff from Belize’s Verdes FC tested positive for covid. Verdes were due to play Haiti’s Arcahaie FC,

Concacaf said this qualification process will be “for this edition only.”