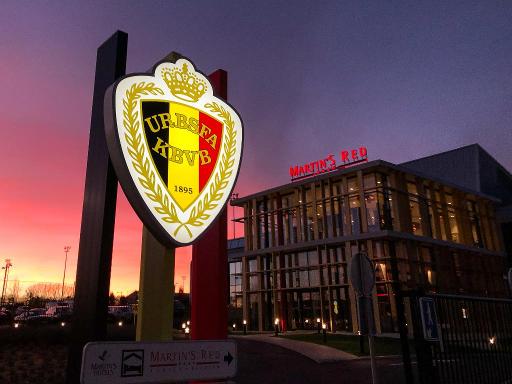 November 2 – England will face Belgium in Leuven after the Belgian FA (KBVB) shifted their November internationals away from Brussels because of a curfew in the Belgian capital.

The Belgian national team will play Switzerland on November 11 and a Nations League double header against England and Denmark at Den Dreef in Leuven. The Heysel Stadium in Brussels had been due to stage those matches, but local coronavirus restrictions forced the KBVB to move the matches to nearby Leuven.

Authorities have imposed a 10pm curfew in the Belgian capital in a bid to try and curb a dramatic surge in coronavirus infections. In Flanders, curfew only begins at midnight.

“Since no spectators are allowed due to the corona measures, it is organisationally easier to play in a smaller stadium in these circumstances,” read a statement from the KBVB. “For that reason, the OH Leuven stadium was chosen, where the U21 men and the Red Flames also play their home games. The OH Leuven stadium also meets UEFA standards for Red Devils matches.”

Den Dreef is the home ground of top-flight club OH Leuven, owned by King Power. It is the first time the senior national team will play in Leuven. They will be aiming to finish top of their group in the Nations League.

On Sunday evening, Belgium went into a nationwide lockdown in a bid to flatten the upward curve of new cases and an alarming spike in deaths. The country has recorded more than 15,000 infections on average per day in the last week, with fears mounting that hospitals will no longer be able to cope with the influx of coronavirus patients.