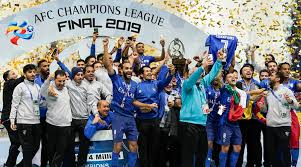 November 2 – CAF have rescheduled the final two matches of its Champions League for a second time.

The second leg of the African Champions League semi-final between Egypt’s Zamalek and Raja Casablanca had been postponed for a week after eight players in the Moroccan club’s squad tested positive for Covid-19. That match has now been pushed back from November 1 to November 4.

The final that had been scheduled for November 6, will now feature the winner of Zamalek vs RAJA against Egypt’s Al Ahly and has been moved back to November 27.

Zamalek go into the second leg of the semi-final as favourites to set up an all-Egyptian final having won the first leg 1-0 in Casablanca. Al Ahly beat Morocco’s Wydad to qualify for the final.

The final will be played in the Borg Al Arab Stadium in Egypt.