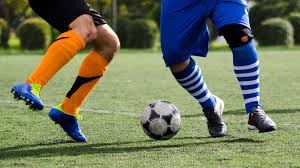 November 2 – While so-called “elite” football, deemed as the first six levels of the English game from the Premier League downwards, will still be able to continue during the upcoming second national lockdown caused by Covid-19 – albeit behind closed doors – those  further down the pyramid face being cast into limbo,  not for the first time.

Grassroots sport, which includes Step 3 of  non-league football downwards, is increasingly likely to be scrapped for at least the next month, plunging hundreds of hard-up clubs into financial jeopardy just when many of them were starting to catch up and could see some light at the end of the tunnel.

The reportedly imminent ruling will end what has been a resurgence of interest in part-time football across the country.

Non-league clubs have been reporting huge demand for tickets, with fans banned from attending higher-level games because of the coronavirus pandemic flocking to their local smaller teams in order to maintain their fix of watching live football, at whatever level.

Since the current season began, while teams in the top six tiers of English football – Premier League, three English Football League divisions, National League and National league north and south – have to play behind closed doors, those below have been able to have up to 30% of their capacity attending – and have been reaping the rewards accordingly.

Matches with limited crowd numbers have been taking place since August and in the main have been held without problems. Social distancing and other Covid protocols have been in place with club officials and volunteers working day and night to make sure their facilities are safe.

The void left by the lack of opportunity to attend professional league games has created an unprecedented opportunity for those lower down the scale.

But if football at so-called Step three and below is halted once again, just as it was when the 2019-20 season was declared null and void,  it will be a hammer blow for clubs and fans who had waited patiently to start their new campaigns at the beginning of September following the easing of the previous restrictions.

The nagging feeling amongst part-time clubs and their fans is it shouldn’t be this way. In other words that the most vulnerable should be protected and not be the first to suffer – both from a sporting and financial standpoint.