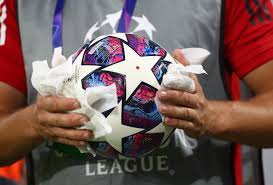 November 3 – Ajax, Real Madrid, Bayern Munich, and Dynamo Kiev have all been hit by coronavirus infections ahead of their Champions League matches this week.

The Dutch champions have been affected by 11 positive tests and travelled to Denmark for their match against FC Midtjylland with a reduced squad. The club didn’t disclose the names of the infected players.

Initially, Ajax travelled with just one goalkeeper, Kjell Scherpen, to Denmark, but late on Monday a number of players were cleared to join up with the squad, even if Denmark’s health restrictions are more stringent. The club negotiated with various authorities to see who could travel.

“There are a few players who can play in the Netherlands but did not get permission to enter Denmark and it is a bit strange,” said Ajax coach Erik Ten Hag early on Monday before some players were greenlighted.

Ajax have garnered just one point from two matches in Group D, but will be hopeful of getting a result in Denmark.

Six players from Ukraine’s Dynamo Kiev tested positive as well as five members of staff before their Champions League Group G game against Barcelona on Wednesday.

“In addition, the tests of assistant head coach Emil Karas and four representatives of the team’s staff gave a positive result.”

Elsewhere, Spanish champions Real Madrid will be without defender Eder Militao for their crunch match against Inter Milan. The Brazilian tested positive for Covid-19, but Madrid said that all other first-team players and coaching staff had tested negative both on Sunday and Monday. Real Madrid are bottom of their group after defeat against Shakhtar Donetsk and a draw against Borussia Monchengladbach.

Defending European champions Bayern Munich will be without Niklas Suele, who tested positive ahead of their game with Salzburg.