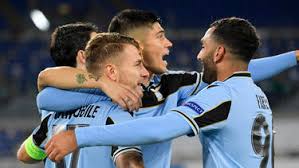 FIGC inspected Lazio’s training complex and seized tests results from matches against both Club Brugge and Torino. Last week, Lazio travelled to Club Brugge for a Champions League group stage match with a heavily depleted squad but without revealing why so many players had been left behind in the Italian capital.

Local media reported that Lazio had been hit by an outbreak of the coronavirus and those suspicions were confirmed at the weekend when the club announced that some members of their squad had tested positive for COVID-19 ahead of a Serie A match against Torino.

Lazio didn’t identify which players had been infected and how many players had been affected. Marquee striker Ciro Immobile featured against Torino after it was believed that he didn’t play against Club Brugge because of a potential coronavirus infection. However, the marksman didn’t travel with the squad to Russia ahead of Wednesday’s Champions League match against Zenit St Petersburg.

FIGC also demanded the club hand over test results carried out ahead of the encounter with Zenit.