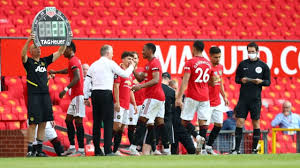 November 11 – Despite  growing calls for the concept to be re-examined, a return to five substitutes per team in the English Premier League this season is unlikely, according to chief executive Richard Masters.

The Premier League is the only major top-flight division in Europe to reject five subs but some managers are growing disgruntled at continuing to be allowed to use only three replacements even though five were initially permitted when last season’s curtailed campaign resumed.

The proposal has twice failed to secure the 14-club majority needed to be adopted for the 2020-21 season despite the very same clubs voting in favour during the final two months of the delayed 2019-20 campaign. Smaller clubs argue that five subs would favour bigger teams with stronger squads.

“We have had two votes on it at club level and both have been relatively supportive of three subs,” said Masters

“That has created some frustration, alongside discussions of fixture scheduling, which is related to the pandemic. There is a real issue and I don’t foresee it changing in the foreseeable future. It has been voted on twice.”