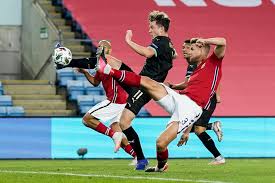 November 16 – Norway will play Austria after all in their final Nations League group game on Wednesday after the team forfeited their match against Romania following a government travel ban due to a covid-19 case in the squad.

The Norwegians were on route to the airport the team when they were told they could not travel to Romania because Omar Elabdellaoui had tested positive for the coronavirus. Chaos ensued with the entire squad forced into a 10-day quarantine period as per Norway’s coronavirus restrictions.

The Norwegian FA (NFF) scrambled to find a solution for their last group game in Austria. On Sunday, the Austrian chancellor Sebastian Kurz announced that the country was moving from a night curfew to a second national lockdown to combat the coronavirus.

But in a statement the NFF confirmed the game against Austria would take place with a new squad led by U21 boss Leif Gunnar Smerud. The new coach said that “it’s now about preparing ourselves for a good performance against Austria.”

The Austrians top group I in League B on 12 points after they defeated Northern Ireland at the weekend. Norway sit second in the group on nine points and the Scandinavians will be hoping for a win by two goals or more, which would clinch the group and offer a new route to the 2022 World Cup.

Some players, who ply their trade abroad, have been allowed to return to their clubs by the Norwegian health authorities. It is expected that UEFA will hand Norway a 3-0 defeat for their no-show against Romania.