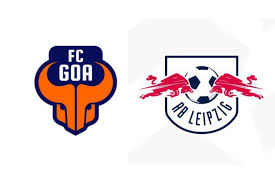 November 16 – RB Leipzig, the football equivalent of a challenger brand in Germany’s Bundesliga, has taken a step outside the general European club comfort zones with a strategic partnership with Indian Super League club FC Goa.

The German club said the “partnership will be the first step taken by RB Leipzig in another continent as part of its strategic internationalisation measures.”

The initial agreement will run until end June 2023 and will focus on information exchange across playing and commercial areas between the club as FC Goa further professionalises its operations and RB Leipzig sees to establish a following and its club brand in India.

Activity will focus on the development of young players in the Indian football market with a series of camps that will first be carried out online before they can take place on-site once coronavirus restrictions ease.

Oliver Mintzlaff, CEO of RB Leipzig: “We are very much looking forward to the partnership with FC Goa, because this club is a perfect fit for us with its young, modern, and innovative approach. We want to break new ground with RB Leipzig and take our first steps internationally. Our cooperation with FC Goa is the first step of a wider internationalisation strategy.

“The up-and-coming and rapidly growing Indian market is perfectly suited for cooperation. The discussions with FC Goa were very open, convincing, and purposeful from the beginning. Additionally, such a partnership also offers the opportunity to represent Bundesliga in India in the best possible way and, to a certain extent, act as an ambassador.”

Established in 2014, FC Goa has ridden the turbulent ride of Indian football’s league organisation. The club was the Indian Super League (ISL) regular season winner 19/20, and Indian Super Cup winner in 2019. It has established a significant grassroots programme locally and recognised in India as being a club leader in youth development.