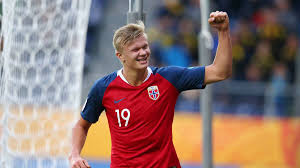 November 17 – European clubs with Norwegian players, who had been ordered to quarantine for ten days by their government, will seemingly defy that self-isolation rule in favour of their own regulation.

On Sunday, Norway had to forfeit their Nations League match against Romania after local health authorities ordered that the team could not travel to Bucharest after a positive coronavirus test for Galatasaray’s Omar Elabdellaoui. Instead, the entire squad was placed in quarantine, leaving the Norwegian Football Federation (NFF) scrambling to find a team for the Austria fixture.

However, some internationals were given dispensation from the 10-day quarantine in Norway and allowed to travel back to their clubs on the condition that they would stick to the quarantine rules. The players were asked to sign a document before their departure.

In accordance with the medical protocol of the NFF, Norwegian players should isolate until November 22, but Borussia Dortmund, where Erling Haaland (pictured) plays, said they assume their striker is not subject to Norwegian law in Germany, but rather to German law. The club requires three negative tests from Haaland before he can rejoin training. The 20-year-old has already passed two tests, both of which were negative.

At RB Leipzig, Alexander Sörloth will also not quarantine. According to the club’s sporting director, the Norwegian health authorities didn’t order a quarantine and the player will have to provide two negative corona tests in order to be able to participate in team training again. The NFF director Lise Klaveness however told Norwegian media that all the quarantine information had been sent to the clubs.

In Belgium, Simen Juklerod has rejoined training with Antwerp. The Pro League says he will be allowed to play at the weekend if all his tests are negative this week.