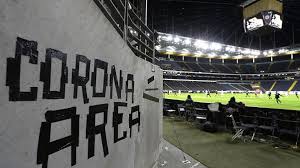 November 20 – It’s been an international break like no other when it comes to the impact of Covid-19 on European and global football and has raised legitimate questions about the folly of the scheduling.

Matches called off due to lack of available players or government intervention, a string of positive tests resulting in key games being missed, managers up in arms. And that’s just for starters.

Everybody acknowledges that international football needs to be played. It’s an important and an integral part of the calendar.

But with a second wave of coronavirus in full flow, was there really a need for so many games – in particular meaningless friendlies – to be scattered across the globe in such a short space of time?

Forget the actual football for a moment, much of it dull and instantly unmemorable. There is a genuine argument that teams and players flying all over the world presents a serious health risk just when we are all being asked to be ultra-careful.

When footballers represent their club sides, they are all in one bubble. But when they get to their national camps, they start mixing with others who have come from different places. The dangers of this and the resultant consequences have now been laid bare.

Not surprisingly, his club have been left furious by their key asset being forced, along with his Gabon teammates, to sleep on an airport floor in Gambia.

The Gunners are reportedly considering never allowing Aubameyang to travel again with his country. Don’t be surprised if a swathe of other clubs, who have bent over backwards to keep their squads Covid-safe, follow suit.

Whilst Aubameyang  did not, as far as we know, catch Covid-19, two other important Arsenal players did whilst away with their countries.

Defender Sead Kolasinac tested positive during international duty with Bosnia and Herzegovina while  midfielder Mohamed Elneny was forced to self-isolate in Cairo after he twice tested positive whilst with the Egyptian national squad. As a result, both will miss Sunday’s game at Leeds.

Liverpool have also been badly hit, with ace marksman  Mohamed Salah having  returned a positive test while on international duty, also with Egypt. Salah, who has started all eight of Liverpool’s Premier League games this season, scoring eight goals in the process, is likely to miss his club’s  next two games including the mouth-watering clash with Leicester City this weekend.

Defender Matt Doherty is out of Tottenham’s clash with Manchester City on Saturday after contracting coronavirus on duty with the Republic of Ireland while the club’s key striker, Son Heung-min, had to quarantine in a hotel in Austria while away with South Korea after six team-mates caught the virus.

Luis Suarez, meanwhile, is out of Atletico Madrid’s hotly anticipated clash with former club Barcelona having tested positive not once but twice while away with Uruguay.

It’s not just about Covid. With so many games crammed into less time than usual, injuries were bound to mount up. Just ask Liverpool who lost defender Joe Gomez for a large part of the season after he was injured while training with England. To make matters worse for Liverpool fans, their captain Jordan Henderson was also injured.

The list goes on and on and it’s complete madness. The last European season, remember, only finished in mid-August and this season started soon afterwards in mid-September, around one month later than usual. Yet each of the last two international breaks have squeezed in three matches rather than the usual two, in some cases in the space of just 12 or 13 days. How logical is that?

Yet while club coaches and players protest, neither continental federations nor domestic leagues seem willing to budge.

One solution, Baer-Hoffmann says, would be to cap the number of matches for which individual players have to be available during a season.

“Competition organisers and clubs need to come together and talk about load management,” he said. “This means managed breaks and a maximum number of games for players.”

Whether UEFA and FIFA would buy into that remains doubtful but something has to be done. Otherwise international breaks will become even more difficult to digest until we are back to some semblance of normality.