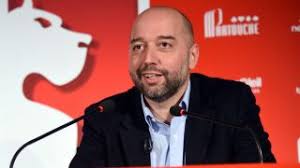 Lopez and Elliot Management met on Tuesday to discuss the financial situation of Lille OSC, fuelling speculation over the disastrous consequences for the club of the collapse of the Mediapro rights deal for French football. On Wednesday, French sports daily L’Equipe reported that Lopez would cede control of the club, with Dutch ex-JP Morgan banker Maarten Petermann stepping in via Kalisto Sporting SARL, a subsidiary of Merlyn Partners.

Lille chairman and majority owner Lopez and Elliott Management, which also owns AC Milan, had held talks to discuss the health of the club. The club reportedly has debts between €130 million and €200 million and were due to present to the DNCG, French football’s financial watchdog, on Wednesday.

The meeting was expected to lead to Lopez’s exit. Elliott Management have been concerned over their investments in the club in recent weeks. The fund has financed Lille with at least €225 million, which Lopez claimed he would repay with the income generated from transfers. Last summer, Lille had two major outgoing transfers, with Victor Osimhen bringing in a reported €81.3 million and Gabriel €25 million.

However, Elliott Management and JP Morgan have the contractual right to take control of the club if Lopez doesn’t manage to repay the debts. Lopez is due to repay the loans by August 2021.

The problems at Lille could be an illustration of a wider problem for French club football. Last week, the LFP and Mediapro parted ways, with the Spanish agency handing back the TV rights for French football and paying €100 million in compensation. The implosion of the deal left French football reeling and with a hole of more than €700 million this season alone. The LFP had already taken out multiple loans to help the clubs through the Covid-19 crisis as well as overcome Mediapro defaulting on their second and third instalment.