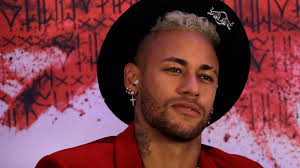 Local media reported that the player organised a ‘Neymarpalooza’ at a seafront mansion in Mangaratiba, a beach town in Rio de Janeiro state, starting on Christmas Day with the intention of partying for at least five days.

Reportedly, the player banned mobile phones to keep the party secret and also sound-proofed an annexe of the mansion to prevent neighbours from hearing the noise generated by his guests. Neymar invited up to 500 guests for the bash, organised by Agencia Fabrica.

In a statement, the local authority said it was “not officially notified of the party and that an event for 500 people should, at least, have been notified to the municipality.”

Brazil has been struggling to contain the coronavirus. The country never flattened the curve effectively during the first wave due to the inertia of president Jair Bolsonaro. The coronavirus death toll in Brazil recently surpassed 190,000, behind only the United States in the global tally, but Neymar’s representatives have denied that the party is taking place at all.

It is not the first time that Neymar’s lavish parties have made headlines. For his 28th birthday bash, he rented different floors of an upscale Paris nightclub.

Juca Kfouri, one of Brazil’s best-known leading football writers, called Neymar’s bash a “macabre party”. He wrote:  “Organising such a party is … the most abhorrent insult, it’s an affront to 190,000 grieving families, it’s to dance funk music on the corpses all the way to the grave, it’s to sneer at the health professionals working in hazardous conditions to control Covid-19.”