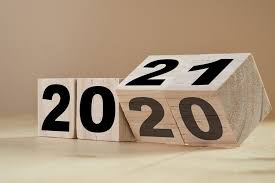 December 31 – Four hours before his team’s scheduled kick-off against Fulham on Wednesday night, Tottenham Hotspur manager Jose Mourinho took to social media and remarked pointedly, “Match at 6 pm… We still don’t know if we play. Best league in the world.”

Two hours later and Mourinho’s frustration must have reached boiling point as the match became the third in the English top flight to fall victim to the coronavirus pandemic in the month of December after Fulham requested a postponement due to an outbreak of positive results in their camp.

The incident, which meant even more fixture congestion for both clubs in an already squeezed calendar, followed similar postponements of Everton-Manchester City two days previously and, back at the start of the month, Newcastle’s trip to Aston Villa.

More alarmingly, they served to illustrate what a seismic year it has been for football industry whether at international, club or non-league level because of the effects of Covid-19.

Competitions cancelled or postponed, games played behind closed doors amid the surreal sound of artificial support, financial planning down the drain, smaller clubs on the brink of going bust.

Perhaps the only plus point for football-starved fans unable to attend matches in person is having the rare chance to watch so many more games than usual live on television, at top-flight level at least.

But that masks an unprecedented financial crisis both for clubs and the broadcasting companies that could take years to recover from. When a club like Barcelona have to delay paying wages you know you have a serious problem on your hands.

At least  Barca will survive which may not be the case for scores of smaller teams who rely heavily on match-day income, illustrating just how the pandemic has widened the gap between the haves and have-nots.

“If we can’t return to football taking place before an audience… then it’s difficult to see how clubs can survive financially, and therefore the risk of a significant number of clubs going into administration – or worse – has got to be a very high probability,” Kieran Maguire, one of the country’s leading football finance experts, told the BBC.

Nowhere on the international stage was the impact of Covid-19 so painfully felt as the decision to postpone Euro 2020, an unthinkable scenario in years gone by.

UEFA president Aleksander Ceferin, who said Covid-19 had a worse effect on football than during the Second World War,  has put on the bravest of faces in the hope that fans will be able to attend, albeit perhaps with reduced stadium capacities, when Europe’s showpiece tournament finally takes place  next June and July.

It is no secret that Ceferin never felt comfortable about a Continent-wide tournament in the first place, with all the logistical complexities involved – and that was before anyone knew Covid even existed. The reality is that for UEFA the virus could not have come as a worse time in terms of all the planning necessary to put on the event in 13 cities from Scotland to Azerbaijan.

Whether it remains that way next summer remains to be seen. Ceferin has hinted on more than one occasion that the number of venues could be reduced depending on the state of affairs nearer the time and whether supporters will be allowed to travel.

By contrast, he has not ruled out the possibility of the Champions League  at some point (though probably not this season) adopting the same format as last summer when the final stages were squeezed into a week-long ‘final eight’ event in Lisbon as a one-off in response to the competition being heavily disrupted by Covid.

“The system last year was an interesting system and the feedback from the clubs that participated was that they were very happy with it,” said Ceferin in the aftermath of the unique climax to both the Champions League and Europa League. “A final eight is probably very hard to do calendar-wise, but for me … a final four, a week of football, might be a great event.”

Another great event, according to FIFA president Gianni Infantino, will be the first ever 24-team Club World Cup but that too was a casualty of Covid, its original date of 2021 in China having been postponed indefinitely.

FIFA and UEFA have got sufficient revenues, however, to bounce back, unlike thousands of part-time clubs across the globe who do not have fat sponsors to back them or the ability to grow revenue from new markets. They rely solely on gate receipts and secondary income, mainly bar and merchandising sales.

For them the future is particularly bleak verging on despair amid the uncertainty of when, or maybe even if, they will be able to fulfil their fixtures.

In the UK, for instance, non-league clubs below the top two levels (National League and National League north and south) have been dealt a hammer blow by having their season indefinitely halted yet again. This after the 2019-20 campaigns were declared null and void.

As we look ahead, on the surface there seems little room for optimism until and unless fans can return in their masses. Certainly the prospect of a return to normality appears way over the horizon though mass inoculation, thanks to the various vaccines coming on the market, will hopefully cushion the blow.

The only thing that is clear amid all the uncertainty is that 2021 promises to be a defining year for football.