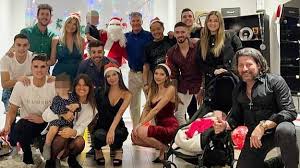 January 4 – What planet do they think they’re on? Just as the UK is battling a dangerous spike in Covid-19 cases, so English Premier League players continue to flout the rules, heaping embarrassment on their clubs and, as the epithet goes, bringing the game into disrepute – at least at elite level.

In the latest incident of highly paid, privileged players taking the law into their own hands, not one, not two but three from Tottenham Hotspur – Erik Lamela,  Giovani Lo Celso and Sergio Reguilon – have drawn condemnation from their club and beyond after the trio breached protocols to attend a Christmas party.

While a handful of players have, on paper at least, simply been unfortunate to catch coronavirus despite stringent testing by their clubs – leading to a series of recent fixture postponements – cynically mixing indoors with friends and family is an entirely different matter. First because those involved are role models and secondly because they can potentially spread the virus to teammates and opponents.

Photographs of the large gathering involving the three Spanish-speaking players from Tottenham (two Argentines and one Spaniard) posing without any social distancing were published in the British media over the weekend just as Tottenham were preparing to play Leeds.

“We are extremely disappointed and strongly condemn this image showing some of our players with family and friends together at Christmas particularly as we know the sacrifices everybody around the country made to stay safe over the festive period,” Tottenham said in a statement.

Ironically, Tottenham’s previous game against Fulham was postponed due a coronavirus outbreak in the Fulham camp and tellingly, none of Lamela, Reguilon or Lo Celso featured against Leeds although Reguilon was an unused substitute and Lo Celso was injured anyway.

“The rules are clear, there are no exceptions, and we regularly remind all our players and staff about the latest protocols and their responsibilities to adhere and set an example,” Tottenham said. “The matter will be dealt with internally.”

Despite Lamela and Lo Celso both issuing gushing apologies for their stupidity, it could not mask the seriousness of the situation.

“We of course feel disappointed because we give the players all the education, all the conditions. Of course we’re not happy,” said Spurs manager Jose Mourinho who revealed that Lamela will not be made available for Tuesday’s League Cup semifinal.

Spurs players were not the only ones breaking the rules, however.

A spokesperson for Mendy said: “Benjamin and his partner allowed a chef and two friends of his partner to attend his property for a dinner party on New Year’s Eve. Ben accepts that this is a breach of Covid-19 protocols and is sorry for his actions in this matter. Ben has had a Covid test and is liaising with Manchester City about this.”

While staff at most clubs condemned the actions of their players, Manchester City boss Pep Guardiola, who was without no fewer than six players in Sunday’s win over Chelsea, did himself no favours by appearing to suggest there was little difference between millionaire players breaking the rules and the rest of society.

“I’m not justifying him (Mendy), he broke the rules. But don’t give too many lessons to the other ones,” said Guardiola.

Asked if footballers should be held to stricter account, Guardiola replied: “I would not agree with this. I don’t think footballers are more important than doctors, architects or teachers for my kids.

“So they only have the same responsibility as everyone else in the world. Mendy knows he made a big mistake, but it finishes here.”