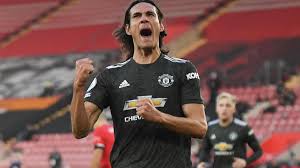 January 5 – The English Football Association continues to come under fierce criticism in Uruguay for the three-match ban imposed on Manchester United’s Edinson Cavani for a social media post containing a Spanish phrase that is offensive in some contexts, but which has an acceptable interpretation in others.

The Uruguayan striker pleaded guilty to an English Football Association charge of using insulting and/or improper words after scoring United’s winning goal at Southampton on November 29.

The expression used by Cavani (he posted  ‘Gracias negrito’) is often a term of endearment in South America and the Caribbean but elsewhere can be interpreted as having racial connotations.

Although the post was later deleted and Cavani apologised, the Uruguayan Academy of Letters – an association of academics and experts on the use of the Spanish language – has already described the sanction as an example of English football’s lack of “cultural and linguistic knowledge.”

And now, Uruguay’s Players Association have issued a statement urging the punishment to be reviewed and arguing the English are the ones being discriminatory.

“Firstly, we must condemn the arbitrary conduct of the English Football Association. Far from condemning racism, the English FA has itself committed a discriminatory act against the culture and way of life of the Uruguayan people,” the statement said.

“The sanction shows the English FA’s biased, dogmatic and ethnocentric vision that only allows a subjective interpretation to be made from its particular and excluding conclusion, however flawed it may be.”

“We are all against any kind of discrimination; however unfortunately, through its sanction, the English Football Association expressed absolute ignorance and disdain for a multicultural vision of the world.”

“Edinson Cavani has never committed any conduct that could be interpreted as racist. He merely used a common expression in Latin America to affectionately address a loved one or close friend.

“To sustain that the only way to obtain a valid interpretation in life is that which lies in the minds of the managers of the English FA is actually a true discriminatory act, which is completely reprehensible and against Uruguayan culture.

“We would therefore like to publicly defend Edinson Cavani’s impeccable character and of course our country’s culture.”