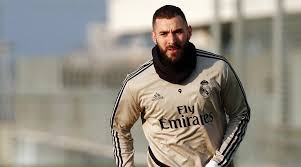 Investigators allege that Benzema, banned from the national team since November 2015 because of his suspected involvement in the scandal, encouraged Valbuena to pay blackmailers in order that the tape would not be made public.

Benzema has always said that he simply had a friendly conversation with Valbuena to alert him to the existence of such a tape, but the latter claimed the implication was he had to pay to prevent the video from being exposed.

The 33-year-old Real forward will stand trial on the charge of “complicity in attempted blackmail” along with four others.

“We are unfortunately not surprised by this decision, which is as absurd as it was expected,” Benzema’s lawyer, Sylvain Cormier, told agencies.

“I am dismayed to note that one is forced to distort the elements gathered in the investigation to justify sending my client before the tribunal. We will explain ourselves before the judges of the tribunal to demonstrate this abuse.”