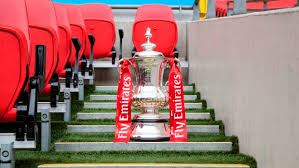 January 8 – The mouth-watering  FA Cup clash between Premier League clubs Aston Villa and Liverpool tonight has been hugely diluted because of a “significant” Covid-19 outbreak at the host club.

Villa are to field a team mainly of under-23 players, making a mockery of an intriguing tie that is being televised live and was one of the standout fixtures of the competition’s third round. Villa manager Dean Smith will not attend.

Southampton’s game against Shrewsbury on Sunday is off after a significant number of Shrewsbury players and staff tested positive for coronavirus. And, like Villa, Championship side Derby County’s first-team squad are all ruled out of the tie at non-league Chorley.