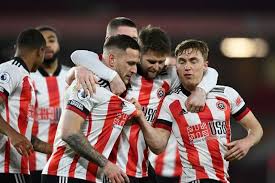 January 14 – Yet again, the Premier League has written to clubs to stress the importance of adhering to strict Covid-19 protocols. But are they taking any notice?

Masters described images of some players ignoring social distancing rules in the FA Cup last weekend as “concerning” according to the latest missive seen by the BBC.

“This brings justified additional scrutiny and the league must take the lead in setting the right example,” he cautioned, adding: “We have the benefit of government support to continue playing while the country as a whole is facing severe restrictions”, though this was “conditional”.

Masters also re-iterated that away from the pitch, clubs must discipline players who breach Covid-19 guidelines, as has happened at Tottenham, West Ham, Fulham, Crystal Palace and Manchester City.

“Should individual transgressions arise,” Masters wrote, “they are [to be] all fully and efficiently investigated and appropriately sanctioned.”

He also made it clear that clubs should plan for more matches being postponed and rearranged at short notice – something Fulham manager Scott Parker has described as “scandalous” after being given 48 hours’ notice ahead of tonight’s fixture at Tottenham.

“We must do all we can to efficiently utilise all available calendar slots, given there have been three significant outbreaks at clubs to date, we should therefore realistically plan for the fact that there may be more,” wrote Masters.

“Inevitably, requests for postponements will be at short notice and present difficulties for all parties and we appreciate clubs’ ongoing flexibility in helping us achieve our collective objectives.”

Players were seen to ignore the latest guidelines banning goal celebrations in all three Premier League matches that were played Tuesday night.

Speaking after Manchester United’s win over Burnley which took his team to the top of the table, manager Ole Gunnar Solskjaer said: “It’s an emotional game. We have to understand the players when they celebrate but also understand the concern nowadays for a bit of less emotions and less hugging.”