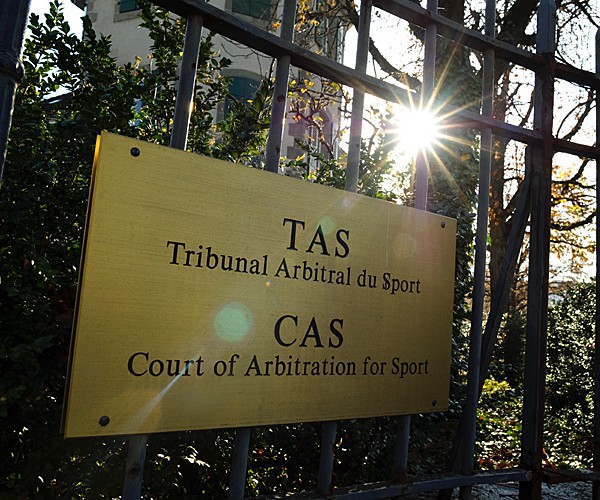 January 26 – A Court of Arbitration for Sport double ruling against the Asian Football Federation (AFC) in regard to one of its elections has renewed questions about CAS’s decision making and left observers scratching their head over the logic of the decisions and the process.

Mariyam Mohamed from the Maldives, who stood but failed to win election to the AFC’s Executive Committee at elections in April 2019, appealed to CAS to have the election results overturned, and the elections re-run on the basis of gender discrimination and third-party interference.

Mohamed lost to Mahfuza Akhter Kiron of  Bangladesh 31-15 in the poll of AFC member federations to elect their female representative on the 37-member FIFA Council.

CAS ruled in her favour on both counts of discrimination and third-party interference but stopped short of annulling the elections and ordering a re-run.

The basis of the discrimination judgement is confusing as a quick comparison of all FIFA’s confederations shows the AFC has more female representation than any other, with five of its executive committee members being female and, looking deeper into the confederation, there appear to be fewer institutionalised barriers within the sport to women than in other regional bodies with five acting general secretaries being female. The AFC is still the only confederation to have appointed a female match commissioner for a major competition final.

A CAS statement said that “elections were conducted on the basis of procedures and practices that amounted to a breach of the prohibition against gender discrimination enshrined in the FIFA and AFC Statutes”. This is confusing as the AFC’s statutes clearly state that women can stand for any seat on its executive committee and not just for the women’s representative position.

That doesn’t mean to say the AFC is perfect or should be unchallenged, and they would likely be the first to say that they are not perfect but are accepting the challenge.

But this does looks like it might be a case of CAS desperate to be seen to be fashionably woke (all three arbitrators were male), and there is no doubt that work has to be done across football worldwide to level the playing field on gender appointments (including within CAS). Given its credentials the AFC would argue that it has probably gone further than most in a more culturally diverse region than any other.

Who’s interfering with who?

But the real head scratcher is over the decision-making process around the allegation of failure to complete an investigation into Mohamed’s third-party interference complaint.

CAS’s judgement fails to name the person who is alleged to have offered financial inducements to get her stand down, nor does it appear to have asked for or taken evidence from the unnamed accused person regarding the allegations.

That unnamed person is widely reported as being Kuwait’s Sheikh Ahmad al-Fahad al-Sabah, once a major player at FIFA who just over two years ago stepped aside from his International Olympic Committee duties having been implicated in a bribery probe. Sheikh Ahmad had also stepped away from his football duties for being a naughty boy.

As such he was outside the jurisdiction of the AFC and its disciplinary – there was no sanction they could give him.

The CAS decision in effect seems to have rendered a decision of finding the AFC guilty of an infraction it knows it didn’t commit and even if it wanted to, could not act upon.

But CAS takes it a stage further by acknowledging (not formally) that naughty Sheikh Ahmad might have been naughty again, but that it eventually seems to have come to nothing as the naughty chap didn’t change the election.

CAS in its press statement said: “The Panel noted that the attempts to influence the 2019 Elections through inducements were not effective, in that Mariyam Mohamed did not withdraw her candidature. In that respect, while the Panel found the third-party interference established, it underlined that it did not, in the end, have an effect on the elections.”

Confused? CAS seems to be, the AFC probably is and certainly outside observers are though there can be no confusion about the unnamed Sheikh Ahmed.

What has been established though seemingly not evidenced is that Sheikh Ahmed has been naughty, again, and he shouldn’t have been naughty, and that he needs to stop this kind of naughtiness that we don’t have real evidence of, but he is in any case outside of our jurisdiction and we can’t name him anyway, and in the end it didn’t make any difference but we will point the finger at him anyway. And he really is a naughty boy. Oh, and it’s the AFC’s fault. Probably… we think, or might think. Who knows really.

Gavel down, case over, lights out.