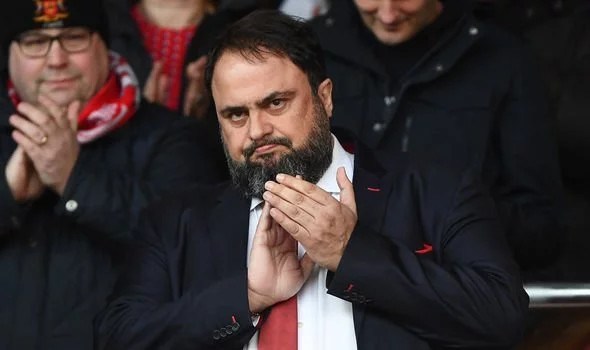 January 29 – A court of appeal has acquitted Olympiakos and Nottingham Forest owner Vangelis Marinakis (pictured) and 27 others of match-fixing in a case stretching back several years.

Athens judges ruled that there is no evidence for the two charges attributed to the defendants following their alleged participation in a criminal group including altering the outcome of matches.

Prosecutor Charalambos Lakafosis had called for the acquittal of 23 of the accused and the conviction of five others, but Thursday’s unanimous verdict overturned his request for the latter.

Besides Marinakis, also in the group were former Greek football federation president Giorgos Sarris and four other federation officials.

The shipping magnate and his co-defendants had been charged with match fixing over two games, as well as for “the attendant charge of joint criminal enterprise”.

But the defendants were acquitted by the three-member Criminal Court of Appeal.

Marinakis has been president of Olympiacos since 2010 and bought Forest in 2017.

Olympiacos communications director Nikos Gavalas wrote on Facebook: “For many years, Mr. Vangelis Marinakis chose the difficult path of patience. And he got justice! Throughout this painful journey, he did not bend.”

Back in November, 2017, four criminal charges were dropped against Marinakis but the charges of match-fixing went ahead.

The case took inter-club and political rivalries in Greece to unprecedented vitriolic levels and caused huge damage to the commercial operations of the Greek Super League with fans walking away from attending club matches as confidence waned in the integrity of the league.