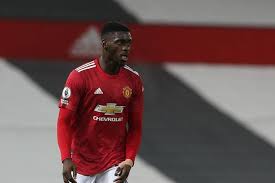 The club have had a resurgence of league form that took them to the top of the Premier League though the unexpected loss to Sheffield United allowed local rivals Manchester City to steal their top slot and become 22bet net  favourites for the league title.

Both Tuanzebe and Martial started the game only to be abused later by “anonymous mindless idiots,” United said a statement.

Sheffield’s winning goal at Old Trafford struck Tuanzebe’s outstretched leg and went in off the underside of the crossbar.

Abuse targeting the players, both of whom are black, included racist terms and emojis on Instagram posts.

“Everyone at Manchester United is disgusted by the racial abuse received by players via social media after last night’s game,” United said. “We utterly condemn it and it is encouraging to see other fans condemn this on social media also.”

Despite players still taking the knee before games, racist abuse is still far from being wiped out.

The English players’ union said the accounts of those sending the messages had to be banned – if they could be identified.

“Their details need to be provided to the appropriate authorities to take further action,” the Professional Footballers Association said.

“Systemic racism causes trauma, and footballers are not immune by virtue of their profession. Players’ mental health can be affected by racial abuse and the impact of wider racial prejudice in society.”

Anti-racism charity Kick it Out reiterated its stance that those responsible for online hate must face “real-life consequences”.

“We know that discriminatory abuse can have significant real world impact on the welfare of the victims,” Kick it Out chairman Sanjay Bhandari said.

“We will continue to work with the football authorities, law enforcement and social media companies to try to rid football of hateful and discriminatory behaviour.”