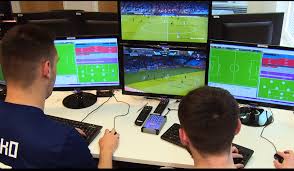 February 9 – The battle over who can collect match data from Premier League stadia took another ugly turn early this week when official data provider Genius Sports Group sued Sportradar in the UK saying it was illegally sending ‘data scouts’ to matches.

Genius Sports holds what it argues is an exclusive license to collect match data and wants that exclusivity protected, which means no Sportradar (or any other match data collection business) in the stadium.

Sportradar argues that this is a breach of anti-trust rules and the case is being heard in the UK competition court. Genius Sports says that Sportradar scouts are trespassing and would prefer the case held in the criminal courts rather than as an anti-trust dispute.

The argument has now reached the stage where Genius has even taken criminal action against ticketed individuals they have ‘caught’ collecting match data from their stadium seats – they even employ ‘spotters’ to hunt them down.

Data collectors are generally fans, quite often students, who make extra money collecting the information while often getting in to see a match they couldn’t ordinarily afford. Genius Sports and the Premier League’s data guardians (Football DataCo) appear to be eager to criminalise them, using them as somewhat defenceless pawns in a dispute they don’t want to face in the competition courts.

Ultimately it isn’t a great look for the money-hungry Premier League  and SPL who would seemingly rather bully and intimidate to protect their rights, than address what is a clear competition law and information access issue.

In a statement Sportradar said it noted “that FDC and Betgenius have also commenced claims against data journalists who have provided services to Sportradar. The targeting of these individuals, many of whom are fans and of limited means by the heavily-resourced leagues and their licensee, is cynical, wholly unnecessary, and has no place in litigation of this nature.”

For Genius Sports the stakes are particularly high, having agreed a $10 million-plus a year deal for the rights that is forecast to reach $30.5 million paid out by the last year of the FDC deal in 2023. The value of the exclusive and official rights is in what can be achieved through the sales of fast and live data to the betting business – the core markets of both Genius Sports’ Bet Genius brand, and Sportradar.

That Genius Sports is also in the middle of $1.5 billion NYSE market listing at a time when a re-regulation of the UK betting market could impact the gambling business only adds tension to an already long-running and unfriendly dispute.