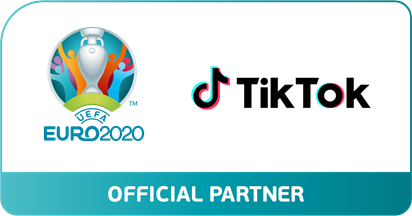 February 11 – Short-form mobile video app TikTok has signed an official partnership with UEFA for the rescheduled Euro 2020 Championship that kicks off this summer.

TikTok will launch a range of features on its platforms including AR effects, Hashtag Challenges, TikTok LIVEs and Sounds.

Guy-Laurent Epstein, marketing director of UEFA said: “We are delighted to welcome TikTok as a UEFA EURO partner, a company that has become one of the most talked about digital entertainment platforms within the last year.”

TikTok, known in China as Douyin, is a video-sharing social networking service owned by Chinese company ByteDance. The platform is used to make a variety of short-form videos lasting from three seconds to one minute.

It has become one of the most downloaded apps in the world and is available in more than 150 countries, and in 75 languages, and has increasingly become a content hub for football, reporting more than 70 billion views on the #football hashtag. The platform has been embraced by the England team (#ThreeLions and #Lionesses) as well as the Netherlands and individual players like Sergio Ramos and Robert Lewandowski.

Rich Waterworth, General Manager UK & EU at TikTok said: “TikTok is fast becoming a place where people can enjoy a new type of experience for the beautiful game, as more and more football organisations, teams and players jump on our platform to engage directly with fans… Our community loves to celebrate sport in creative ways, and I can’t wait to see how they engage with all the unmissable content we expect for the UEFA EURO 2020.”

This is the first time a digital entertainment platform has sponsored a major international tournament for UEFA, perhaps indicating a shift in the traditional user/revenue balance between social networks and major sports events towards a more integrated revenue based relationship. No value has been given for the sponsorship.