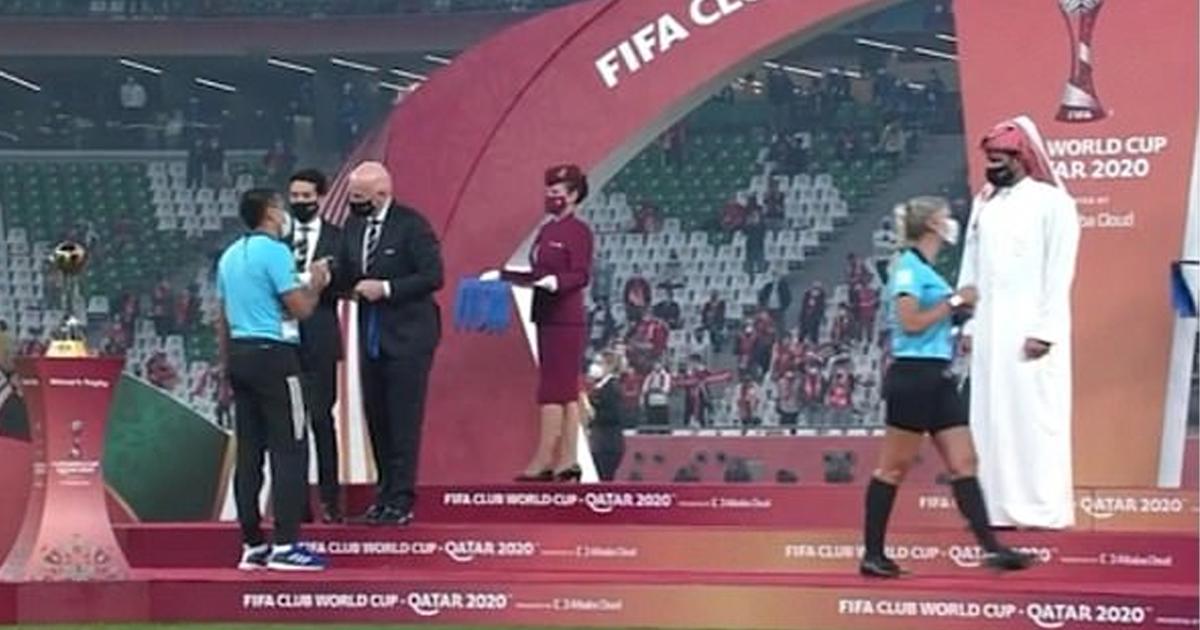 February 16 – Gianni Infantino insists he was not the person responsible for instructing female referees not to greet a Qatari sheikh  during last week’s Club World Cup medal ceremony.

The two women reportedly were given instructions by the match organisers to walk directly past but Infantino said he had nothing whatsoever to do with it.

“Given the lies that have been spread online in relation to what I said to the female officials during the Club World Cup final medals ceremony, I would like to issue a clarification,” Infantino said in a statement.

“I used the opportunity to congratulate them for the great job that they performed throughout the competition. This was a landmark for FIFA. The first time that female officials were appointed to, and officiated at a men’s senior FIFA competition.

“As everyone knows, I am a strong advocate of women’s rights and equal treatment of every human being. Regardless of gender, race, ethnicity, sexual orientation, religion or physical ability.”

“Those who have been spreading false rumours should be ashamed of their actions,” Infantino added.