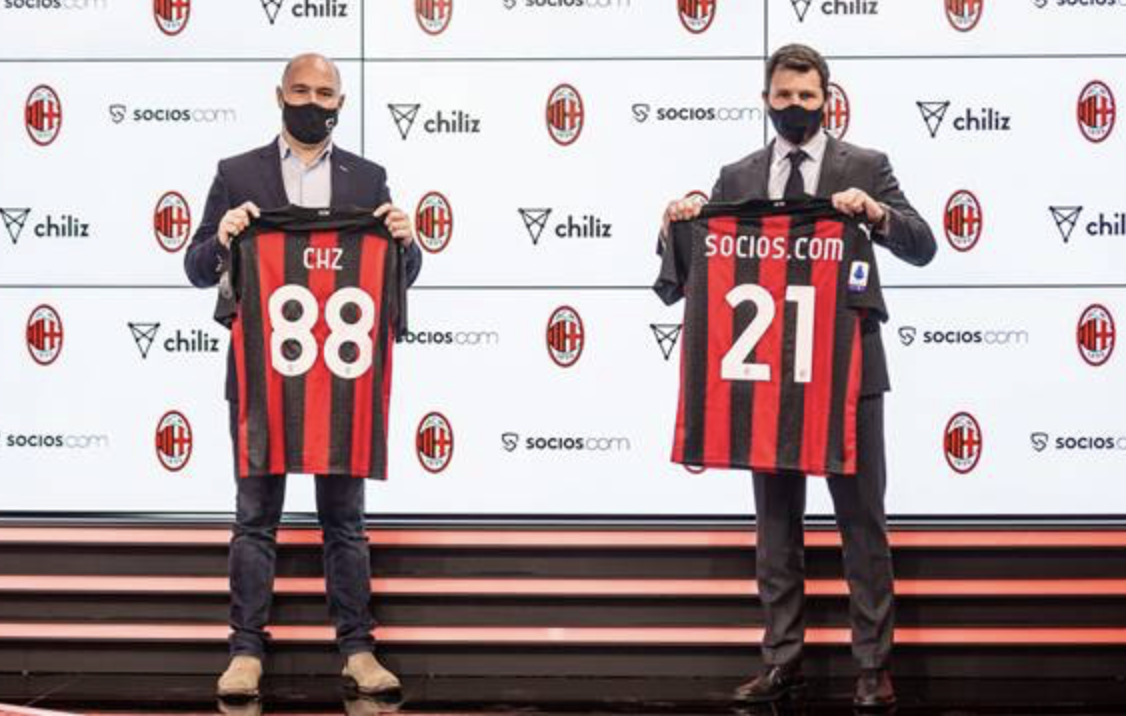 February 26 – Blockchain-driven Fan Tokens – football’s version of cryptocurrency – saw  AC Milan the latest club to launch with their $ACM Fan Token debuting on Binance, the world’s biggest cryptocurrency exchange, and raising more than $6 million in new digital revenue in a matter of hours.

Trading volumes of $50 million were seen in the opening 30 minutes.

The $ACM Fan Token is on the Chiliz blockchain-based fan engagement platform Socios.com. Fan Token holders have access a range of club benefits, including the right to vote in polls, VIP rewards, exclusive club and sponsor promotions, games, chat and ‘super-fan’ recognition.

Casper Stylsvig (pictured right), chief revenue officer of AC Milan said: “The listing of the $ACM Fan Token on Binance has proved to be a remarkably successful strategic move.

“Very early into our partnership we fully understand just what a powerful fan engagement tool Fan Tokens can be for us and how they can play a major role in our long-term digital and commercial strategy.”

Fan Tokens generated more than $30 million in revenue in 2020 that was shared with Chiliz clubs and partners, according to a Socios.com press release. The Fan Token Market cap currently stands at $194 million.

AC Milan but are among 23 other sporting organisations who have issued tokens via the Chiliz-driven platform. Football clubs who have issued fan tokens include FC Barcelona, Juventus, Paris Saint-Germain, AC Milan, AS Roma, Atlético de Madrid, Galatasaray and Trabzonspor.

“In just a few short hours the club  generated revenues to help account for the millions lost due to the impact of the pandemic…The current Fan Token market cap stands at $194M, but I’m looking forward to watching this evolve into a $1 billion dollar ecosystem, where the world’s leading sporting and entertainment properties will have their proprietary digital assets listed on the biggest global exchange.”