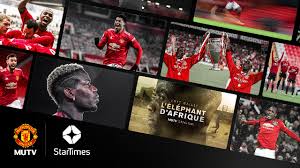 March 3 – The Chinese company appointed by Manchester United to broadcast its matches in some 30 African countries is alleged to owe millions of dollars to a range of stakeholders across the globe.

StarTimes, the Chinese-owned pay-tv operator, is facing the threat of a winding up order in the Hong Kong courts after failing to pay beIN Media Group almost $11 million for rights to France’s  Ligue 1, according to a GlobalData report.

beIN has made no comment to date because of the ongoing legal process but it is claimed StarTimes, part of Hong Kong-based holding company Century Sun, has also delayed payments to other rights-holders who, according to industry sources, are understood to include Japanese agency Dentsu and Mediapro, the world’s largest sports TV production and distribution company.

beIN claims that StarTimes reneged on their deal by not making a single payment since mid-2018 to broadcast English and local language Ligue 1 games in sub-Saharan Africa, the same territory covered by the Chinese company’s arrangement with United.

StarTimes, which has 13 million subscribers through its DVB digital TV service, has  denied it is facing liquidation, saying it “has not been subjected to any court order … in relation to a dispute with beIN Media Group.”

Lazarus Ibeabuchi, public relations manager, StarTimes Nigeria, added: “Though in Hong Kong, a legal proceeding is ongoing to resolve the differences between both aggrieved parties, it’s an ongoing court proceeding and not a court order.”

Insideworldfootball has nevertheless seen a copy of the documentation issued to StarTimes in April 2020, which specifically includes the term winding-up and  details the eye-watering debt at the heart of the case. It is understood beIN is pressing ahead with the case to get its money back.

StarTimes has not denied it is heavily in debt to beIN and it is believed an initial court hearing could take place as early as next month.

Whilst the case does not directly impact on the Manchester United deal for sub-Saharan Africa – including Nigeria, South Africa, Kenya and Ghana – eyebrows have been raised as to the wisdom of partnering with a company that is making industry news for all the wrong reasons despite enhancing United’s profile in the region.

Kristen Miao, Sports Deputy Director, StarTimes, was quoted as saying: “Manchester United is one of the most iconic football clubs in the world. We are delighted to share MUTV with football fans across Africa as part as our commitment to enhancing our subscribers’ experience.”

Miao’s comments are likely to antagonise beIN executives who, according to sources close to the Qatar-owned group, believe StarTimes are adopting a catch-me-if-you-can policy by continuing to strike prestigious and lucrative rights deals whilst blaming the non-payment of its debt to beIN on the tough economic climate in Africa compounded by the Covid-19  pandemic.

These rights  include, but are not exclusive to,  the African Nations Championship (CHAN), French-language LaLiga rights for sub-Saharan Africa until 2024, the English, Spanish Italian domestic cup competitions and even a package for this summer’s delayed Euro 2020.