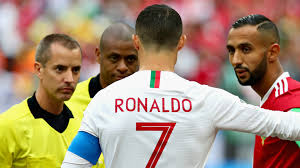 March 5 – Portugal have moved their home World Cup qualifying game against Azerbaijan to Turin in a bid to use their leading English-based stars.

Portugal’s players, including several with Premier League clubs, face quarantine issues on returning if they visit their home country.

So the game on March 24 has been moved to Italy, thus limiting the risk of clubs stopping the likes of Bruno Fernandes (Manchester United), Bernardo Silva and Ruben Dias (both Manchester City) from joining the squad.

It also means Cristiano Ronaldo will be able to stay at home in Turin where his club Juventus play.

“The set of travel restrictions in Portugal and other countries, as a result of the Covid-19 pandemic, forced the Portuguese Football Federation to work on alternative plans for the preparation stage and for the first qualification game for the 2022 World Cup,” said a statement from the Portuguese FA.

“After studying the existing restrictions and analysing different solutions, we can say that the National Team will prepare and play the opening game of the qualifiers for the 2022 World Cup with Azerbaijan on the premises and at the stadium of Juventus FC, in the city of Turin, Italy.”

Portugal is the second of the 55 European national teams to move a home game to neutral ground. Norway decided last month to host Turkey on March 27 in Malaga, Spain.