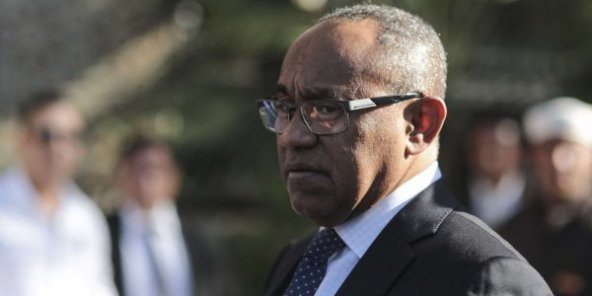 March 8 – Disgraced Confederation of African Football president Ahmad Ahmad has lost his appeal against his FIFA ban for corruption but has won a reduction in the length of that ban from five years to two.

It is a remarkable turnaround in fortune for the former African leader who failed to even manage a four-year term as leader of CAF and who has had multiple allegations of corruption and sexual harassment made against him, but could still return to the corridors of football power in two years.

None of the allegations of sexual impropriety made against Ahmad have been ruled on by FIFA but investigations are known to have been conducted by FIFA Ethics. The findings of FIFA investigators were apparently dismissed from being included in the original case against Ahmad, of which he was found guilty and sentenced. It is unclear whether further sanctions could come from the sexual harassment investigation or whether FIFA will sweep those allegations under an already lumpy carpet when it comes to Ahmad.

It is ironic that FIFA’s general secretary Fatma Samoura will tomorrow the opening address at a sports integrity female leadership webinar the day after one of its most notorious elected official has been given a shortened pathway back to the sport that has served him so well.

That pathway will not be soon enough to allow Ahmad to participate in the CAF presidential elections – doubtless eliciting a huge sigh of relief in Zurich, if there was any real doubt that Ahmad would be readmitted with open arms to the FIFA family.

In a statement CAS said it “found M. Ahmad guilty of violating the FCE for the following offences:

However  Ahmad was cleared of any breach of FIFA Ethics rules over the now infamous equipment supply contract with French company Tactical Steel. CAS said “the Panel considers that the documents in the file do not support the conclusion that Mr. Ahmad would have received any personal benefit, in particular in the context of the transaction with Tactical Steel for the equipment for the 2018 African Nations Championship (no breach of the duty of loyalty and no abuse of power).”

That along with whether Ahmad will ever be brought to account over the sexual harassment allegations will continue to raise questions over his and FIFA’s dealings in the name of CAF under the Gianni Infantino presidency.