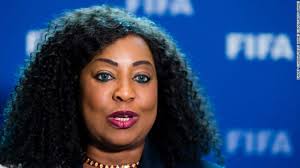 The series of 12 webinars will open with keynote speeches from high profile industry leaders, and addresses the most pressing challenges that impact women carving out a career in sport. As well as Samoura, summit opening addresses with be heard from Diana Bracco, B20 Vice-President & Women Empowerment Ambassador and President & CEO, Bracco Group; Mariya Gabriel, EU Commissioner for Innovation, Research, Culture, Education and Youth; and Tatiana Valovaya, Director-General, United Nations.

Opening day panels will cover topics titles: Parity in the boardroom; the role of federations and governing bodies to promote women in sport;  the power of mentorship; and

The final agenda and a full list of speakers is available here.

The webinars, March 8-10, have a speaker line-up of more than 70 global leaders and senior executives from all sides of the sports industry.

As well as a series keynote addresses over the three days, the summit will feature 12 live webinars, two Special Sessions, as well as digital workshops.

Panels will cover multiple issues including what can be done by sports organisations to promote women in sport as well as various gender diversity and inclusion topics, and safeguarding. More than 1,500 delegates have already signed up for the webinars.