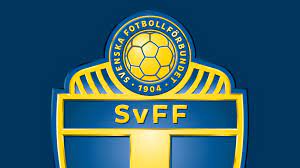 March 31 – Swedish football that has been rocked by match-fixing scandal and saw criminal charges issued against five individuals last December, has moved to beef up its integrity operations via an increased betting monitoring deal with Sportradar.

The Swedish Football Association (SvFF) has agreed that Sportradar will monitor more than 2,000 matches from the Swedish Ettan, Division 2, U21 Allsvenskan, U19 Allsvenskan, and club friendlies involving Swedish teams during the 2021 season using Sportradar’s Fraud Detection System (FDS).

Sportradar has previously supported the SvFF with its ongoing investigation into a former Allsvenskan player, and under this agreement, the SvFF will be able to call on Sportradar’s Intelligence & Investigation Services division.

Sweden’s public prosecutor charged five people with match-fixing offences at the end of last year. One case involved a player in Division 3 team Södra Götaland, who on six occasions from April to August 2019 received bribes from a person betting on the team losing. Two people were charged with breaking the Swedish Gambling Act.

Another case involved a match in Sweden’s First Division (Allsvenskan) in May 2019, where an IF Elfsborgs player received a yellow card in a 1-1 draw with FF Kalmar. After the match, the player received money from people who had bet he would receive a yellow card. The Swedish player and two people were charged with violating the Gambling Act.

Johan Claesson, SvFF Integrity Officer, said of the new Sportradar deal: “We are taking all the necessary steps to safeguard our game, and by bringing Sportradar Integrity Services on board to monitor our competitions, we now have valuable global oversight of betting markets through their integrity specialists. By also adding their Intelligence & Investigation Services to our integrity programme, we are confident that we will gain an extra layer of visibility and insight into potential integrity risks, as we have already witnessed through collaboration on a current investigation.”

Sportradar Integrity Services Managing Director Andreas Krannich added: “We have witnessed growing integrity issues across global football at lower levels of competition – including youth football – in recent years, and we believe that it is vitally important to have integrity oversight over all levels of the beautiful game.”