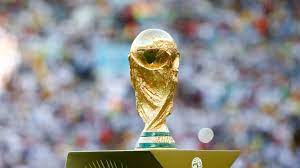 April 14 – South America’s delayed World Cup 2022 qualifiers, now scheduled to restart in June, will be available for viewers in the US on pay per view channels at $25.95 per game.

Distributed by PPV specialists Integrated Sports Media, the matches will be able to reach a potential 75 million homes  via DIRECTV, DISH and iN Demand.

Doug Jacobs, CEO of Integrated Sports Media, says that the PPV market “is a very realistic distribution option for this kind of premium soccer product and will deliver strong revenue lines from US fans many of whom have their sports roots in overseas soccer.”

These fans are a mix of ethnic communities and large expat groups. Argentina vs Brazil might not get network airplay on the major broadcast outlets but the PPV buys will generate signficant income for rights owners.

Key to achieving the PPV buys is getting the distribution on platforms that reach the mass market.

“The model for live events is not straightforward and the pandemic obviously hasn’t helped with many events being cancelled, but even so it has never been a model that is broken. When you can deliver accessibility in millions of homes you are getting the product to the right viewers with the opportunity to buy,” said Jacobs.

Conmebol has confirmed the schedules for the qualifying games on June 3 and June 8. So far the 10 South American nations have played only four Qatar 2022 qualifying matches following the postponements caused by the coronavirus pandemic that has ravaged parts of the continent.

Each nation has to play 18 matches in the round robin tournament, with the top four qualifying directly for Qatar 20200 and the fifth nation going through to an intercontinental playoff.

Conmebol’s qualifiers will now spill over into 2022.