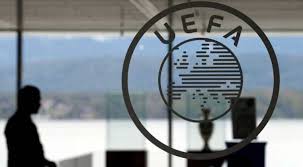 April 15 – The away-goals rule that has been in place for 56 years looks set to be significantly tweaked by UEFA, according to unconfirmed reports.

European football’s governing body are apparently on the verge of deciding to scrap the rule for ties that go to extra-time in the Champions League and Europa League from next season.

Under the new regulations, away goals will only count up until the end of the 90 minutes of the second leg according to the Sun newspaper. This would be a compromise move after scrapping the rule completely was rejected by clubs.

UEFA’s decision has much to do with the European programme being hit by the Covid-19 pandemic.

The away goals rule, which was introduced for the 1965-66 campaign, came under criticism after a number of two-legged ties had to be moved to neutral venues this season as a result of strict travel regulations in certain European countries.

Meanwhile UEFA is pressing ahead with plans to overhaul the Champions League from 2024, adding four extra places, up from 32 to 36 teams, and increasing the number of matches by 100 despite objections from the European Leagues, the body representing over 30 leagues across the Continent, which wants any additional slots to go to new domestic league winners rather than be handed to elite clubs based on past success.