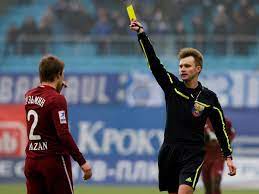 April 16 – A Russian referee has been suspended for 90 days during a UEFA investigation into a suspected match-fixing case.

Sergey Lapochkin (pictured) was provisionally suspended on March 25 over a case for which UEFA have not provided details.

Russian media have reported it relates to Lapochkin allegedly failing in his duty to inform UEFA about an approach to fix a game, believed to be Europa League qualifier in July 2018 between Ventspils and Bordeaux which the French team won 1-0 in Latvia.

Lapochkin has been on the FIFA-managed list of match officials approved for international games since 2013.

He handled a 2018 World Cup qualifying game between Albania and Liechtenstein, and has also looked after games in qualifying rounds for the Champions League and Europa League.