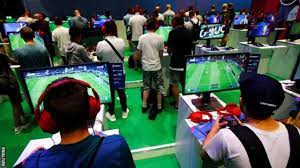 April 27 – A survey of eFootball activity within 35 European federations has found that 92% of FAs plan to field their own eNational teams in 2021 with 83% planning their own tournaments and leagues.

The research survey by German rights consultancy mm sports found that while eFootball is seen universally as an opportunity there are both governance and structural issues that need to be addressed to ensure its sustainability.

“Whether eFootball is here to stay and thrive remains to be seen. That will certainly go hand in hand with solving the funding issue. But it is only partly in the hands of the associations. Market maturity influences

revenue opportunities, which are directly related to the commercial ecosystem set by FIFA, UEFA and the publishers,” says the mm sports report.

That would “help everyone to significantly and quickly increase the potential and value of eFootball. Such a unified football system may also increase the bargaining power vis-à-vis the publishers. They act very supportively but still call the shots in the end.”

One finding of the report that is a surprise is that most European clubs rely on Konami. Although it has a  lower market share in Europe compared to EA Sports FIFA, Konami PES eFootball as a platform is ahead in terms of the number of national associations’ eNational teams with the main reason being that UEFA has its eEuro tournament played exclusively on Konami.